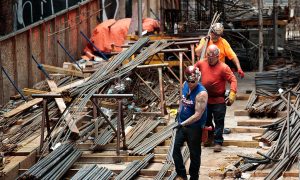 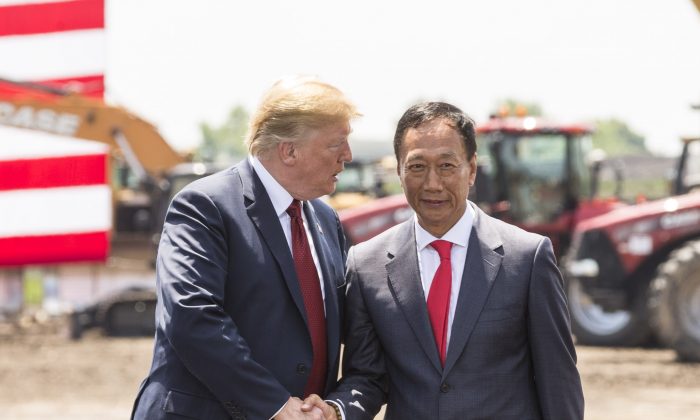 Foxconn to Start Production at Wisconsin Factory by End of 2020

MADISON, Wis.—Foxconn Technology Group said on March 18 that its manufacturing facility in Wisconsin will be producing flat-screen panels by the end of 2020, with construction starting later this year.

The news came after the worldwide electronics manufacturing leader sent mixed signals earlier this year about whether it planned to suspend work in Wisconsin. After a meeting with President Donald Trump, Foxconn’s leader recommitted to building a manufacturing facility in Wisconsin.

The Taiwan-based Foxconn is building what is known as a Generation 6 factory, which typically makes smaller liquid crystal display screens for cellphones, tablets, televisions and other devices. It first said it was going to build a larger Generation 10 plant, which would have used glass more than three times as large as what the smaller facility will use.

Even with the changes, Foxconn has remained committed to investing up to $10 billion in Wisconsin and hiring 13,000 people. If it does that, the company would qualify for about $4 billion in state and local tax credits.

The project, and the promise of taxpayer-funded tax credits, has drawn considerable backlash in Wisconsin and became fodder in the governor’s race last year. Former Republican Gov. Scott Walker made the deal with Foxconn. Current Democratic Gov. Tony Evers has been critical of the project, calling for more transparency, while also working with the company on its plans.

Evers, who talked with company officials last week, tried to take credit for the news that Foxconn was moving forward with construction of the plant. The governor’s spokeswoman Melissa Baldauff said the announcement “makes it clear that Gov. Evers is getting results” and he will continue to talk with the company to ensure transparency and accountability.

Foxconn on Monday announced dates for moving ahead with that project, including awarding bids for roads, utilities, and storm drainage work by April 1 and issuing construction bids in May. Construction will begin by the summer, with the first panels produced in the last three months of 2020, Foxconn said.

“Our commitment from day one has been to establish a winning formula for Foxconn and for Wisconsin,” Louis Woo, special assistant to Foxconn founder and CEO Terry Gou, said in a statement. “We continue to expand our presence around the state, create jobs, and deepen our partnerships while innovating and adapting to meet changing market needs.”

The factory will be a part of a massive Foxconn campus located near Racine, close to the Wisconsin border with Illinois.

Local leaders near the development site praised the news.