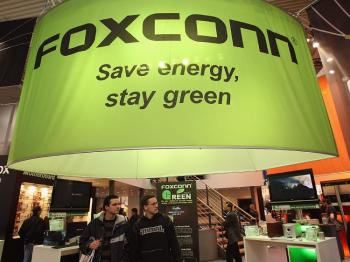 Luo Ya
Luo Ya is a freelance contributor to The Epoch Times.
View profile
Follow
biggersmaller
Print
Apple manufacturer Foxconn employee’s suicide attempts continued to make headlines in China over the past 2 days. Foxconn is an Apple device manufacturer in Shenzhen, a special economic zone just north of Hong Kong. The most recent Foxconn employee jumped to his death at around 11 pm on May 26, and the Information Office of Shenzhen Municipality issued a press release stating that another Foxconn employee has committed suicide by slitting his wrists.

Foxconn employees’ suicide attempts have been highly publicized and criticized by the Chinese media. Lin Baohua, a political commentator from China who currently resides in Taiwan, suspects political intervention behind the scenes to smear Foxconn’s image.

The state-run media have remained silent about the recent frequent school-killing incidents in China, yet have been active in reporting new suicide attempts by Foxconn employees. Lin therefore suspected that the regime is trying to divert people’s attention and discontent to Taiwanese-owned business, just like it has blamed Hong Kong’s tycoon Richard Li for China’s escalating housing prices.

Still, the two incidents marked the 12th and 13th suicide attempts by Foxconn employees. To date, 10 have died and 3 were injured.

The victim of the 12th suicide attempt is a 23 years old man who was from Gansu Province. He became a Foxconn employee in June 2009, according to a report by China News Service. He jumped from a dormitory at Foxconn’s Longhua factory in Shenzhen.

The victim of the 13th suicide attempt slit his wrist also in a dormitory at Foxconn’s Longhua factory. His life was not in danger after he was sent to a hospital to receive treatment. The 25-year old has only been with Foxconn since March 15, according to the China News Service.