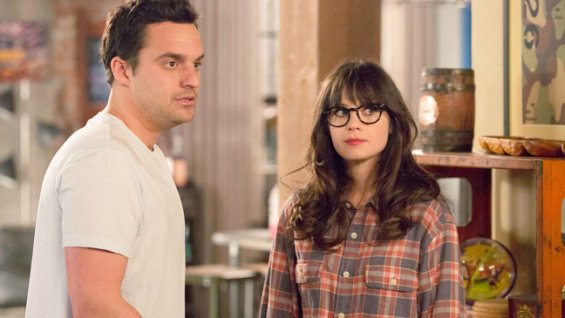 Fox, WME, and Peter Chernin have all been sued for allegedly stealing the idea for “New Girl” from a television pilot script.

The script was for the proposed television series “Square One,” screenwriters Stephanie Counts and Shari Gold say in the lawsuit. They allege that Fox, Chernin, and WME ripped off their script, reported the Hollywood Reporter.

“Any differences between the Square One scripts and New Girl are so small and insignificant that they cannot be afforded copyright protection, and are, in fact, nothing more than transparent attempts to hide Defendants’ blatant plagiarism,” the lawsuit say. “These differences are more akin to eraser marks or ink blots on Stephanie and Shari’s creation and cannot be treated as original expression.”

The writers want an injuction to stop further filming and distribution of “New Girl.”

The 92-page lawsuit details how the writers shopped their script around, how they once proposed Zooey Deschanel for the lead, and how Fox once made a $10,000 settlement offer.

The lawsuit alleges that the pair were told that there was strong interest in the script but they rewrote it into a film after Holly Harter, an independent producer, suggested it would work better that way.

The pair later cut ties with Harter. They found out in February 2011, they said, that their work appeared to have been poached.

” “A friend who had read Square One, emails Stephanie and Shari that the logline and summary of a show under development, titled Chicks and Dicks, sounds remarkably similar to Square One,” the lawsuit says.

“Chicks and Dicks” became “New Girl,” which has been credited to Elizabeth Meriwether, a WME client. Harter, the producer the writers were working with, had sent a copy of the writers’ work to a WME partner at one point.

The writers say that money is “inadequate to compensate them for the damage done,” and they want to be credited of the true creators of the series as well as a public apology.