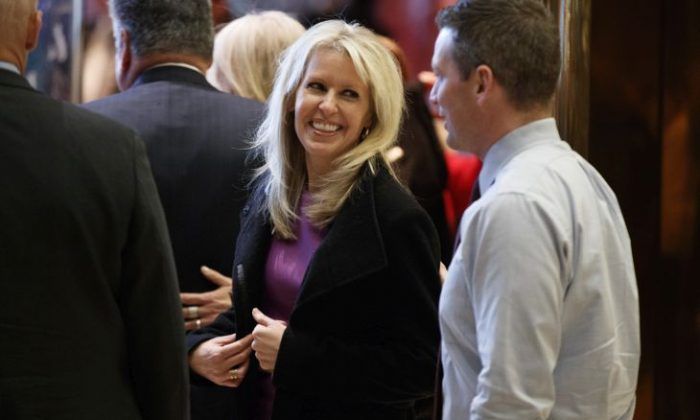 Monica Crowley smiles as she exits the elevator in the lobby of Trump Tower in New York, Thursday, Dec. 15, 2016. President-elect Donald Trump announced Crowley as senior director of Strategic Communications for the National Security Council. (AP Photo/Evan Vucci)
US

President-elect Donald Trump is adding to his national security team.

Trump on Thursday announced the appointments of retired Lt. Gen. Keith Kellogg as chief of staff and Monica Crowley as senior director of strategic communications of the National Security Council.

Crowley’s contract was terminated by Fox News, according to a spokesperson, who confirmed the move to Mediaite.

Kellogg spent more than 35 years in the Army and, in 2003, was chief operations officer for the Coalition Provisional Authority in Iraq where he oversaw the efforts to form the new Iraqi military after it was disbanded.

Crowley is a foreign affairs and political analyst for the Fox News Channel.

In the Trump administration, she’ll serve under Gen. Michael Flynn, who was named as national security adviser.

She was a vocal Trump supporter during the campaign.