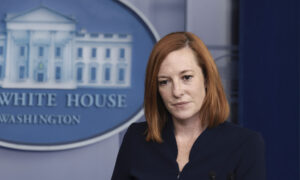 Tucker Carlson, currently the third most popular cable news host in the nation, said in a recent interview that he has difficulty dining out in Washington because he gets yelled at whenever he goes out to eat.

Carlson said during a National Review podcast that he’s “not a restaurant guy anymore,” reported the Washington Examiner.

“I can’t really go to a lot of restaurants anymore because I get yelled at,” he said. “I don’t feel threatened, but having someone scream, ‘[Expletive] you!’ at a restaurant, it just wrecks your meal.”

Carlson noted that he can go out to eat at one restaurant because no one bothers him there.

Tucker Carlson: I "can't really" go to restaurants anymore because I get yelled athttps://t.co/RoFKF411ZE pic.twitter.com/g6BA9rohv6

“I go there because I love it and nobody hassles me,” he said. “I can’t wait for this revolution to end, so I can go back out to dinner.”

Carlson on his Fox News show has criticized the far-left groups that have begun recently to scream at Republican officials and activists in restaurants, saying: “If you scream at someone to the point where they have to leave the restaurant, that’s an act of wild aggression,” according to the Hollywood Reporter.

Carlson’s disclosure that he has difficulty dining without being screamed at comes around a week after “Fox & Friends” host Brian Kilmeade was accosted on the New York City subway by two men, who recorded themselves harassing him.

The two men, identified as alleged comedians Jason Selvig and Davram Stiefler, saw Kilmeade on the street and followed him down into the subway.

“Hey everyone, this is Brian Kilmeade, he says lots of weird, kinda racisty stuff on the news a lot,” Stiefler yelled as he stood behind Kilmeade.

Totally agree – @kilmeade is one of the nicest guys in this industry. A great dad, friend and anchor. Just please stop. https://t.co/Mo8NAZPkHi

A few other passengers began yelling at the Fox host.

The video was criticized by hosts and journalists across networks, including former Fox and current NBC host Megyn Kelly, who said via Twitter: “@kilmeade is one of the nicest guys in this industry. A great dad, friend and anchor. Just please stop.”

According to The Hill, Selvig and Stiefler later took down the video.