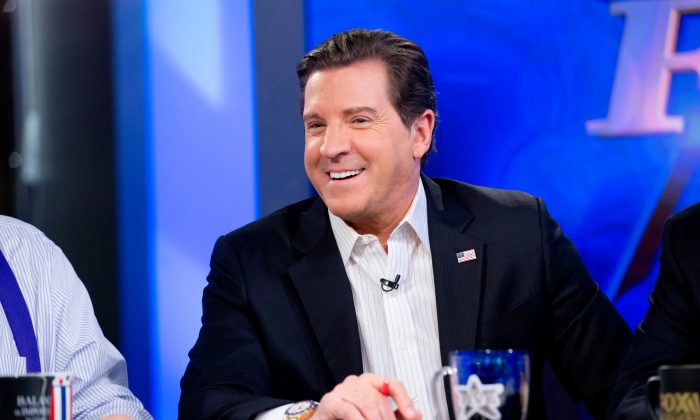 Fox News host Eric Bolling has initiated a lawsuit against a HuffPost journalist for $50 million over a story accusing him of sending a lewd photo to three female co-workers years ago via text message.

Bolling, 54, was suspended on Saturday after the allegations emerged. HuffPost reported that two female colleagues at Fox Business and one at Fox News got the message from Bolling. HuffPost writer Yashar Ali wrote that the publication spoke to 14 anonymous sources to get the story.

In the lawsuit, Bolling alleged that Ali damaged his reputation “through the intentional and/or highly reckless publication of actionable false and misleading statements about the plaintiff’s conduct and character,” USA Today reported.

“This anonymously sourced and uncorroborated story is false, defamatory, and obviously intended to destroy this good man’s career and family. We will defend Eric aggressively in court, where actual facts, based on evidence, testimony, and cross-examination, will belie these anonymous accusations,” the summons stated, according to Politico.

He seeks damages of $50 million, and it gives Ali 20 days to respond.

Ali, in a tweet on Wednesday, Aug. 9, wrote: “I stand by my reporting (and) will protect my sources.” He added, “It’s important to note that Bolling’s summons does not include HuffPost—he is coming after me personally.”

Bolling, who is the host of Fox’s “Specialists” and “Cashin’ In,” on Monday also tweeted, “I look forward to clearing my name asap.”