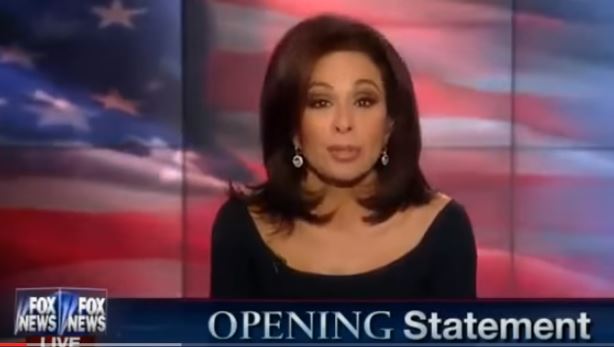 A Fox News analyst has stirred a controversy after delivering a statement about being ready in case of a mass shooting.

Judge Jeanine Pirro, who has her own show, said over the weekend that it’s time for people to stop worrying about being politically correct and instead start preparing themselves.

“The single deadliest terror attack on U.S. soil since 9/11 has happened. They’re here and it’s time to stop pussy footing around, time to stop this ‘politically incorrect’ nonsense worrying about other people’s feelings, pull out all the stops and start fighting for the survival of this country and our way of life,” she said, referring to the terrorist attack in San Bernardino.

“You need to make a plan; how you’re going to protect yourself, your family, and your kids. This is not about politics. It’s about being safe. It’s about surviving.”

Pirro, echoing several officials recently, said that people should buy a gun and learn how to shoot.

“Get whatever gun you can handle. And don’t let anyone talk you out of it. The Second Amendment to the Constitution and the United States Supreme Court confirm your right to have one,” she said.

Pirro also called for local law enforcement to be given more weapons to deal with terrorist, and also said that America needs to close its borders and stop issuing visas like the one that Tashfeen Malik, one of the terrorists who killed 14 people in California, used to enter the U.S.

In addition, Pirro called for the United States to immediately halt the refugee resettlement program, a measure that was approved in the House and is set to be voted on by the Senate.

People had different responses to the call to action.

“Today I see this, and am glad to see someone being able to put some verbs, putting some action words, behind what we (as a society) should do. It actually has me rethinking my personal position on gun ownership and I applaud the Judge for speaking out so passionately and owning her words,” said one Facebook user.

“I feel it’s my right to protect my family and if owning guns is it, shall be it. I’m an American who was born and raised in the USA, my country,” said another.

“In a not so bizarre twist, Fox News has become something out of a comic book. Arm yourselves, close the borders, and give up privacy. These people are completely out of their minds,” said yet another.