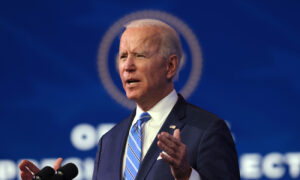 Speaking with Bill O’Reilly over the weekend, Wallace didn’t hold back. Here’s the exchange, per Crooks and Liars:

O’Reilly: Now in the debate last night there was a lot of raucous behavior, a cacophony. Did it mean anything?

And if you saw someone acting presidentially on that stage, you got better eyesight, Bill, than I do.

On Sunday, Republican frontrunner Donald Trump gave an interview on  CNN’s “State of the Union,” telling host Jake Tapper he is representing the anger that many Americans feel.