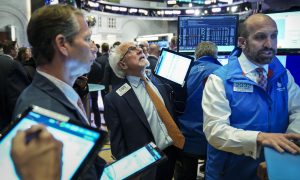 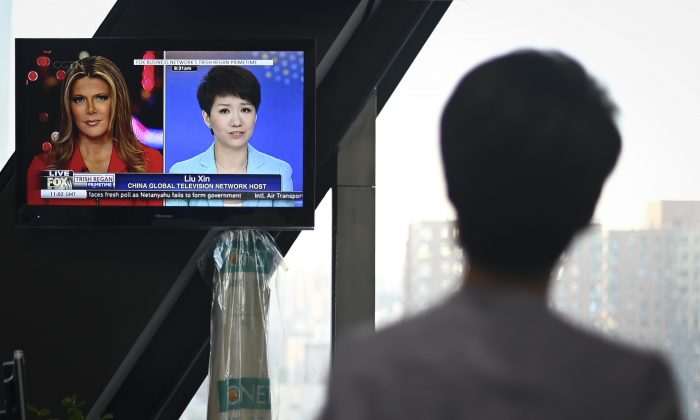 After a not-so-contentious debate about the U.S.-China trade war with a Chinese state broadcaster, Fox Business Network host Trish Regan is offering up the chance for a second round.

“I look forward to … continue hearing all sides on China Trade (Spoiler alert to twitter universe: I’m a proponent of thoughtful, respectful discussion—and Liu Xin is too!)” Regan wrote on Twitter on June 6.

If so, I look forward to it—and to continue hearing all sides on #ChinaTrade (Spoiler alert to twitter universe: I’m a proponent of thoughtful, respectful discussion—and Liu Xin @thepointwithlx is too!) https://t.co/4Lw5Npg6Nn

“Once again, to clarify to the twitter universe: not everything on TV has to be a ‘fight’ … when it comes to international issues, dialogue & discussion are a VERY important part of finding a path forward. [Liu] was a thoughtful guest—& I look forward to her return,” Regan added in another tweet.

And, once again, to clarify to the twitter universe: not everything on TV has to be a “fight”… when it comes to international issues, dialogue & discussion are a VERY important part of finding a path forward. @thepointwithlx was a thoughtful guest—& I look forward to her return https://t.co/oDd7upoAsc

Liu Xin, a host working for the China Global Television Network (CGTN)—the overseas arm of China’s state-run television, responded in a tweet, promising to get back to Regan next week after celebrating the the Dragon Boat Festival, a Chinese holiday that fell on June 7 this year.

Hi Trish, thank you for your kind offer. We r going to spend the weekend celebrating the Dragon Boat Festival. How about I get back to you next week ASAP? https://t.co/HhCOenTOcX

The debate, which ran on Fox Business Network on May 29, came after Liu criticized Regan for remarks made during her show “Trish Regan Primetime” about China’s trade practices and theft of U.S. intellectual property

“She’s so sure of U.S. victimhood, so indignant that her eyes practically spit fire, yet in carefully analyzing her words, it’s all emotion and accusation, supported with little substance,” Liu said on her own evening program on May 22.

Regan followed up by challenging Liu for an “honest debate on trade,” which was accepted by her Chinese counterpart.

On the day the debate was due to air, the spokesperson for China’s foreign ministry announced that CGTN and the state-run newspaper People’s Daily would both broadcast the event, but CGTN cancelled the broadcast just hours later citing copyright issues.

Rather than a true debate, the 16-minute segment ended up mainly consisting of Regan asking Liu some pointed questions.

One of the more contentious moments of the interview was during introductory remarks when Regan described Liu as being a representative of the Chinese Communist Party (CCP), to which Liu responded that she was not a member of the CCP and was only speaking as a CGTN journalist. Regan then retorted that CGTN was part of the Party.

CGTN, in fact, is among the Party’s array of propaganda outlets that are geared toward international audiences.

While Liu acknowledged during the debate that there are cases of intellectual property infringement and theft of commercial secrets in China on American businesses, she said that this was “common practice in every part of the world.”

The Commission on the Theft of American Intellectual Property, in a 2017 report, estimated that intellectual property theft costs the United States between $225 billion and $600 billion annually, with China being the “world’s principal IP infringer.”

Jason Ma, a U.S.-based Chinese political commentator, said that Liu emphasized not being a Party member to boost her credibility to Western audiences.

“She is … taking advantage of the fact that Americans are not fully aware of China’s situation: no matter whether you are a Party member or not, Chinese people have to follow the Party’s orders,” he wrote in a tweet on May 29.

Following the debate, the question of Liu’s nationality has also drawn much speculation on Chinese social media.

Liu is married to a German of Turkish descent, with whom she has two children. She previously worked abroad as the bureau chief of China Central Television, the regime’s state broadcaster, in Geneva for six years.

In a recent interview with state-run media Global Times, Liu said she was “authentic, 100 percent Chinese.”

“I only have Chinese citizenship, nothing else,” she said.

However, an April 2017 report by Sohu, a popular Chinese news platform, quoted CGTN’s editor-in-chief , Xu Zhaoyun as saying that Liu was a Turkish citizen holding a Swiss passport. Both countries allow dual citizenship.

Many Chinese netizens, however, expressed concern over another issue.

“Nationality is not important. The question is simple: did Liu lie? This is an issue of integrity,” a user wrote on Weibo, China’s Twitter-like platform.