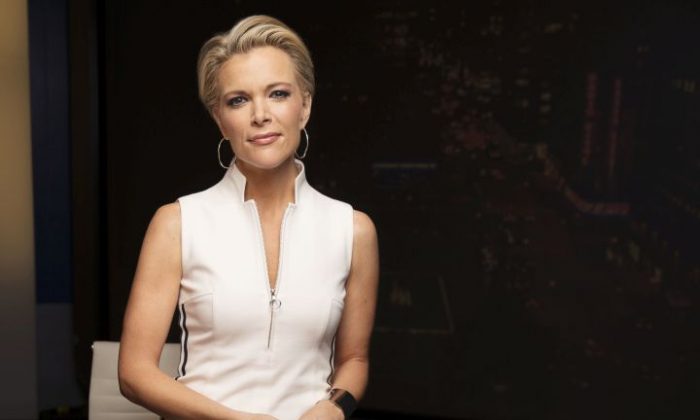 In this May 5, 2016 file photo, Megyn Kelly poses for a portrait in New York. Fox News boss Rupert Murdoch says that he wants to keep Kelly at the network, but if she decides to leave "we have a deep bench of talent, many of whom would give their right arm for her spot." Her contract is up next year. But Fox would like to map out its future sooner rather than later, perhaps even settling Kelly's status before the Nov. 15 publication of her book, "Settle For More." (Photo by Victoria Will/Invision/AP, File)
US

Fox News boss Rupert Murdoch says that he wants to keep anchor Megyn Kelly at the network, but if she decides to leave “we have a deep bench of talent, many of whom would give their right arm for her spot.”

Murdoch, in an interview published in The Wall Street Journal on Thursday, also said that Fox News Channel hopes to keep Bill O’Reilly on the air in prime-time and that he doesn’t foresee major changes in the network’s direction after the Nov. 8 election.

Murdoch speaking publicly at this stage of negotiations to keep Kelly at Fox News was perhaps more startling than what he actually said. Murdoch has been chief executive at Fox following Roger Ailes’ departure this summer amid sexual harassment allegations, and is vice chairman of its parent company 21st Century Fox.

Kelly’s contract is up next year. But Fox would like to map out its future sooner rather than later, perhaps even settling Kelly’s status before the Nov. 15 publication of her book, “Settle For More,” for which she is expected to do promotional interviews.

Murdoch, who is a major stockholder in the Wall Street Journal, told the newspaper that he’d like to sign Kelly very soon. “It’s up to her,” he said.

A spokeswoman for Kelly did not immediately return messages on Thursday.

“I don’t remember the last time that the head of a major company went on the record to talk about a major negotiation with anything other than very banal comments,” said David Westin, a Bloomberg TV anchor and former president of ABC News.

Most such negotiations — and Westin has conducted several of them — take place in secrecy because that allows both sides to speak frankly and not tip off potential competitors, he said.

Westin declined to do so, but it led to immediate speculation about what sort of message was being sent to Kelly and anyone else at Fox in a post-Ailes world.

One possible message to her agents: It’s time to make a decision, and maybe you’re not worth as much as you think.

Kelly has been a central story in the election campaign, most recently this week. Former House Speaker and Fox contributor Newt Gingrich accused Kelly of being “fascinated with sex” when a Tuesday night interview about sexual misconduct allegations made against Donald Trump took a wrong turn.

Kelly has cultivated a reputation for toughness and a willingness to challenge conservative orthodoxy. Trump unleashed social media attacks on her last year after being angered by a debate question she asked about his attitude toward women, and boycotted a later Fox debate because of her presence as a moderator.

While she’s earned respect for standing up for herself, Kelly has also alienated some conservatives and Trump fans who are an important part of Fox’s audience. But at 45, Kelly is also seen as a key cog in the post-Ailes lineup at Fox, and losing her would be a public relations blow.

It’s not clear what else she would like to do in television, and who would sign her at the price tag she is likely to command from Fox. Kelly hosted a prime-time interview show on the Fox broadcast network last spring — Trump was one of the subjects — but it was not considered a success. She’s signed on as a guest host on Kelly Ripa’s syndicated talk show for the day after the election.

Ratings during the past couple of weeks, during a particularly hot time for cable news, show Kelly is a commanding but not necessarily dominant presence.

She beat her time period competitors, Anderson Cooper at CNN and Rachel Maddow of MSNBC, in viewership on seven of the past 10 nights for which ratings were available, the Nielsen company said. She had a built-in advantage: “The Kelly File” is preceded by O’Reilly’s show, which consistently delivers a bigger audience.

Yet in the 25-to-54-year-old demographic used as a basis for advertising sales by news networks, Kelly beat both of her competitors only once in 10 nights. Maddow won five times in the demo, and Cooper won four. Three times, Kelly finished behind both CNN and MSNBC in the demo.

There have been some suggestions that Fox would moderate its tone politically post-election and post-Ailes. In the Journal interview, Murdoch seemed to throw cold water on that idea.

“We’re not changing direction,” he said. “That would be business suicide.”