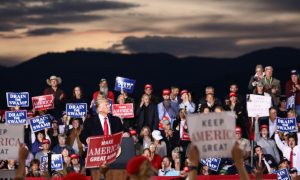 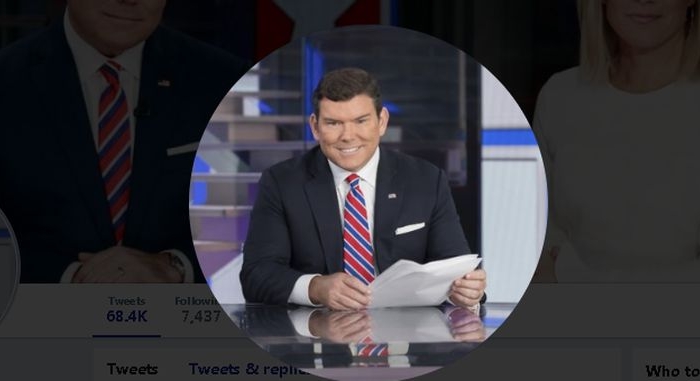 Bret Baier, the Fox News anchor, and his family were involved in a car crash but are fine. (Brett Baier / Twitter)
Entertainment News

Bret Baier, the Fox News anchor, and his family were involved in a car crash, according to reports on Jan. 22.

Baier and his family were taken to the hospital after crashing in Montana on Jan. 21, Baier confirmed in a statement. He suggested that everyone is fine.

“After a weekend of skiing with my wife and two boys in Montana, driving to the airport Monday morning on icy roads, we were involved in a major car crash,” Baier told Fox News.

He added: “Thanks to a man driving by named Zach who stopped and helped, we were able to climb out of the flipped car. And thanks to the first responders and Montana Highway Patrol—we made it to the hospital quickly.”

Don’t take anything for granted – every day is a blessing – and family is everything. It’s always good to remind yourself of that – before something does it for you. #countyourblessings

He added: “We are very grateful to all of those who helped us out. My advice to everyone is to always wear your seatbelt and to count your blessings everyday.”

On Jan. 21, he tweeted that people shouldn’t “take anything for granted—every day is a blessing—and family is everything. It’s always good to remind yourself of that—before something does it for you.”

Stephen Colbert of CBS said that on Jan. 21, Baier wouldn’t be joining him on the “Late Show” due to the accident.

“We just found out that [Baier] and his family were in a car accident in Montana,” Colbert said. “Bad, like, jaws of life to get him out of there. They’re all in the hospital but they’re going to be OK. And we just want to say: we hope you’re doing better.”

He added: “Bret’s message to everyone out there, is: They’re going to be okay, thank you for your thoughts and prayers for him and his family, and please, wear your seatbelt. It makes a difference.”

Megyn Kelly, Baier’s former colleague, issued a comment on Twitter. “@BretBaier has faced down plenty of life’s challenges with class, grit and a sense of humor, and he’ll undoubtedly do the same with this one,” she said.

.@BretBaier has faced down plenty of life’s challenges with class, grit and a sense of humor, and he’ll undoubtedly do the same with this one. Much love to you B, Amy, Daniel & Paul.

Baier is expected to return to hosting Special Report on Jan. 22, a Fox spokeswoman told Philly.com.

The fatality rate in 2017 was 1.16 million deaths per 100 million miles traveled—the second highest rate since 2008. “This is good news and bad news,” said Deborah Hersman, CEO of the National Safety Council, CNBC reported. “The total number of fatalities is not getting worse, but the situation is not getting better.”

Hersman cited distracted driving and higher speed limits for the number. “There are a number of states that have raised speed limits, some now have stretches at 80 or 85 miles per hour,” she said in the CNBC report.

“We know it’s happening even though distracted driving data is hard to come by,” she said of drivers using smartphones while behind the wheel.

“Police reports on accidents often don’t report if the driver was distracted and in many accidents, people don’t self-report themselves.”