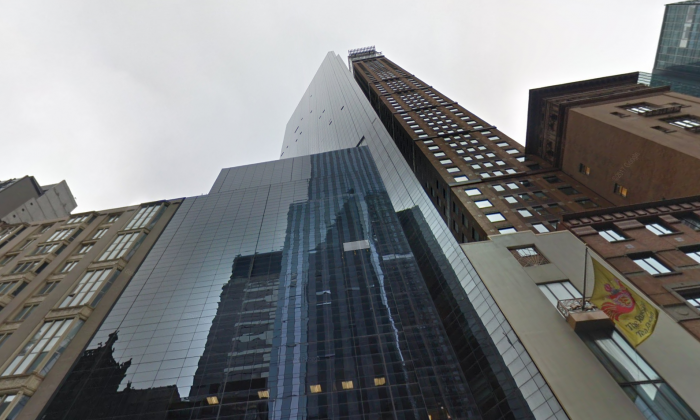 Another woman has filed a lawsuit alleging that the former investment manager of billionaire George Soros’s company raped and tortured her. She is the fourth to make such claims.

The 20-year-old woman, who requested anonymity, said a friend arranged for her to meet Howard Rubin, 62, in November 2015 for dinner and drinks. The friend said she was to be paid $2,000 for her trouble, and was not required to have sex with Rubin, The New York Post reported.

Rubin, married father of three, allegedly treated her to tequila shots at the Russian Tea Room in Manhattan before presenting her with a nondisclosure agreement that said she could be sued for up to $1 million for disclosing their relationship.

He then took her to his penthouse apartment at the Metropolitan Tower, next door to the restaurant, where he served her a drugged drink. The woman was then ushered into Rubin’s 300-square-foot “dungeon-like ‘toy room,’” alleged the lawsuit. The room was filled with “ropes and toys to tie people up with, and electrocuting devices, and other devices.”

Rubin said “he would go easy on her” and told her to say “pineapple” if she felt uncomfortable, the suit alleges. He then tied up her wrists.

Ignoring her screams of the “safe word,” Rubin then beat her and raped her, alleges the suit.

The friend who set up the meeting told the woman not to go to the police because Rubin “was extremely wealthy and powerful, and would destroy her life,” the suit says.

Rubin’s attorney, Edward McDonald, denied the allegations and called them an “attempt to obtain money from Mr. Rubin.”

The lawsuit, filed in Manhattan Supreme Court, comes two months after three women described similar experiences with Rubin in a lawsuit filed with the U.S. District Court in Brooklyn.

The Playboy Playmates Hillary Lawson and Kristina Hallman, as well as nightclub dancer Stephanie Caldwell, alleged Rubin’s associate lured them with promises of $2,000-$5,000 for a dinner and drinks with Rubin—no sex required.

Rubin’s alleged fixer, Jennifer Powers, groomed the women, portraying Rubin in a positive light and saying she herself went through similar arrangements with him before starting to work for Rubin, the suit states.

All three said they ended up drugged, tied up, gagged, brutally beaten, and raped by Rubin.

Hallman was allegedly beaten by Rubin until she lost consciousness.

Caldwell was allegedly beaten so hard her breast implant got damaged.

Lawson was allegedly tortured with a cattle prod.

The 20-year-old finally decided to sue Rubin after a suicide attempt, reported The New York Post.

After attempting suicide, she finally decided to file a lawsuit https://t.co/Jq3vXD5CTf

Rubin, a Harvard alumni, started his career during the 1980s as a chief mortgage securities trader for Merrill Lynch. He was fired for making unauthorized trades and costing the company $377 million (the equivalent of $800 million in 2017).

Shortly after, he was hired by Bear, Stearns & Co. as a regular mortgage securities trader, The New York Times reported. He left the company in 1999 and served in executive roles at multiple investment firms, eventually joining Soros Fund Management as a portfolio manager. He left that post in 2015, The Daily Wire reported. He’s been married to Mary Jullien Henry since 1985.