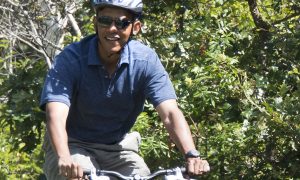 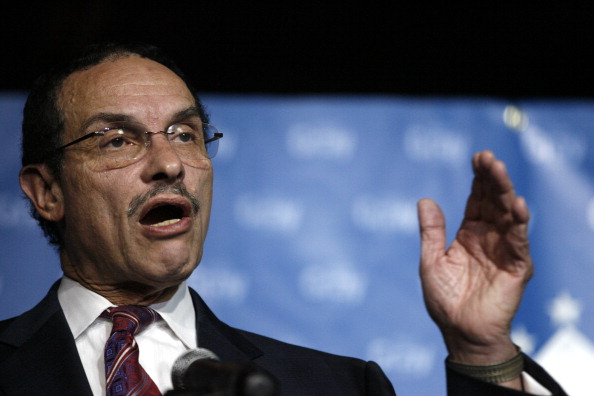 Newly elected Mayor of the District of Columbia Vincent Gray delivers the winning speech of the election in front of his supporters at Love Nightclub on November 2, 2010, in Washington DC. (KIMIHIRO HOSHINO/AFP/Getty Images)
Politics

Hawkins admitted to lying to the FBI about payments that he made to a witness to the shadow campaign used to illegally fund then Councilmember Gray’s 2010 mayoral campaign in which he defeated then Mayor Adrian Fenty. Hawkins paid a witness $8,000 to leave town to avoid investigators, according to reports.

Hawkins is the fourth person associated with the 2010 campaign to elect Mayor Gray to plead guilty to felony charges since last year.

Mayor Gray has not been implicated in the campaign finance scandal at this time; however, three city council members have called for his resignation and the media is a buzz questioning the mayor’s knowledge of the illegal actions of some of his closest advisors.

Mayor Gray’s political problem will likely get much worse if it becomes enmeshed with a criminal problem too.

“The fact that the mayor knew or should have known, or may have known, that this shadow campaign and shadow money was there in and of itself is not enough to indict him…He may have knowledge that is politically embarrassing. That doesn’t mean… that he is guilty of any crime… If he was an active participant in both the shadow and the real campaign, then the mayor is going to have problems,” said A. Scott Bolden, in commentary on the WJLA program NewsTalk with Bruce Depuyt.

Bolden is a legal analyst and managing partner in the Washington, D.C. office of the law firm Reed Smith.

Bolden said that with the latest Hawkins plea agreement, the District Attorney is getting closer to filing charges against the Mayor Gray himself or Jeffrey Thompson, the man alleged to have provided the shadow campaign with $650,000 in funds not reported to the Office of Campaign Finance. But Bolden conceded that there was nothing inevitable that because of the indictments so far that further indictments higher up the pyramid are coming. Not wishing to second guess prosecutors, he said, “I think justice should run its course.”

Hawkins faces up to five years in prison. The plea indicates he is cooperating in the investigation. Hawkins is the first person to plead guilty that was directly connected to Mayor Gray and Eugenia ‘Jeanne’ Clarke Harris, according to Patrick Madden, WAMU reporter present in the courtroom for the plea. Madden said on the News Talk with Bruce Depuyt program that Hawkins was the primary coordinator of the shadow campaign in charge of budgeting for campaign projects.

The shadow campaign, which operated similarly to a regular campaign, fundraising and holding events like get out the vote events, could have operated legitimately if the campaign contributions were reported through legal channels according to Madden.

However, it’s speculated that Thompson, a contractor that works with the District, did not want his name publicly associated with his campaign contribution, because it might create a conflict of interest that could affect his award of government contracts should the mayor be elected.

Eugenia “Jeanne” Clarke Harris, 75, an associate of Mayor Gray, pleaded guilty to conspiracy, fraud and campaign finance charges in 2012. Harris admitted to using the $600,000 for campaign activities in the Gray campaign according to reports. To cover her tracks, Harris and an unnamed co-conspirator alleged to be Thompson created false business contracts and amended her tax return. Her co-conspirator planned to send Harris to Brazil to evade federal authorities.

With four people now having pleaded guilty in the campaign finance scandal, people are waiting with baited breath to see who will be found guilty next and if the DC mayor will be indicted on charges related to the illegal side campaign used to get him elected.