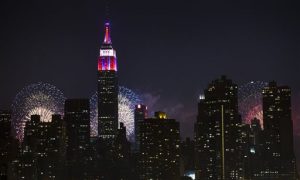 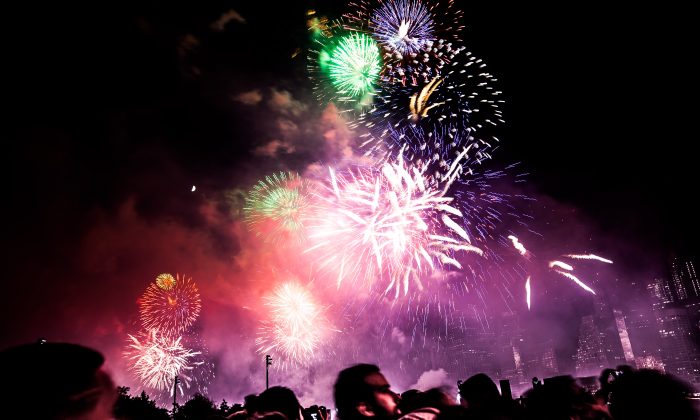 Independence Day in the Big Apple
By Petr Svab

Macy’s 4th of July fireworks were forced to change location due to strong rip currents, but still delivered an awesome show, uniquely using the Brooklyn Bridge as a launching platform.

People gathered to watch the annual Macy’s fourth of July fireworks show looking over the East River on July 4, 2014 in the Brooklyn borough of New York City. The fireworks show returned to the East River for the first time since 2008. The United States marks 238 years as an independent nation as it celebrates the national holiday.