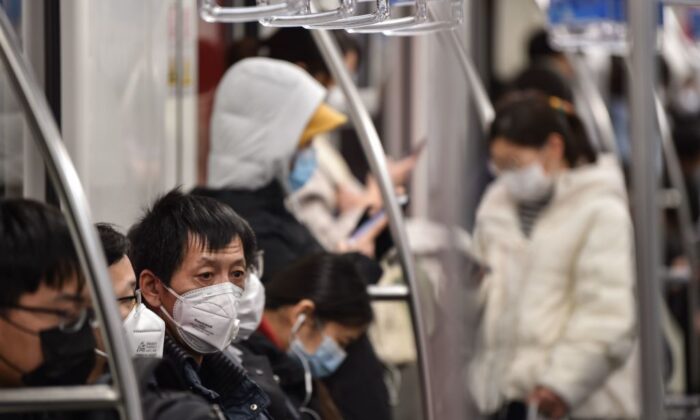 Another doctor has died at the Wuhan Central Hospital, located at the epicenter of the current novel coronavirus outbreak.

Zhu Heping, an ophthalmologist and deputy chief physician, was hospitalized in mid-February after contracting the COVID-19 virus, according to a report by Chinese state-run media The Paper that cited comments made by multiple unnamed staff members at the hospital. He died on March 9 after emergency rescue efforts failed to revive him.

An unnamed doctor stated that Zhu, who specialized in laser surgery, had retired, but the hospital recruited him to work again at the ophthalmology department. It is unclear why Zhu was hired back or how he contracted the deadly virus.

At the time of writing, the hospital hasn’t announced Zhu’s death on its website.

Zhu’s death is the fourth in connection to the virus at the Wuhan Central Hospital.

The first death was Li Wenliang, also an ophthalmologist, and one of eight whistleblowers who first publicized information about an “unknown pneumonia” outbreak. His Dec. 30, 2019, post on Chinese social media went viral. A day later, Wuhan authorities announced the outbreak publicly.

But four days later, he was summoned to a local police station, where he was reprimanded for “rumor-mongering.”

Li died of the novel coronavirus on the morning of Feb. 7. He contracted the virus while treating a patient.

On March 3, the U.S. Senate unanimously passed a resolution commemorating Li. The resolution was proposed by Sen. Tom Cotton (R-Ark.) and co-sponsored by a bipartisan group, including Bob Menendez (D-N.J.) and Cory Gardner (R-Colo.).

“Dr. Li tried to warn his country and the world about the deadly coronavirus, but he was silenced by the Chinese Communist Party [CCP],” Cotton said in a press release. “We should honor his legacy by pushing the CCP to be fully transparent about this disease and their efforts to stop it.”

Li’s supervisor, Mei Zhongming, deputy director of the hospital’s ophthalmology department, died on March 3 at the age of 57. Mei had also contracted the virus while treating patients.

Jiang Xueqing, a surgeon specializing in thyroid and breast procedures at the same hospital, died on March 1 after contracting the virus while treating patients. He died at the age of 55.

The virus has since spread to more than 100 countries and regions around the world. Italy, Iran, and South Korea are the hardest-hit countries outside of mainland China, accounting for 463, 237, and 53 deaths, respectively.

On Sina Weibo, China’s equivalent to Twitter, some Chinese netizens questioned why the death rate was so high at the hospital, particularly at the ophthalmology department.

A netizen who identified himself as a graduate of Anhui Jianzhu University wrote, “It’s the consequence of ‘zf’ lying.”

“ZF” is a well-known Chinese internet slang, short for the Chinese characters for “government.”