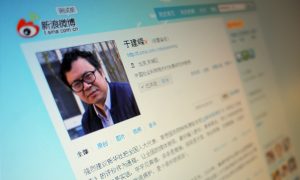 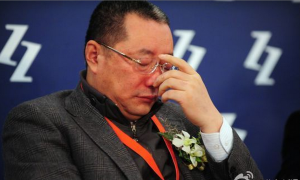 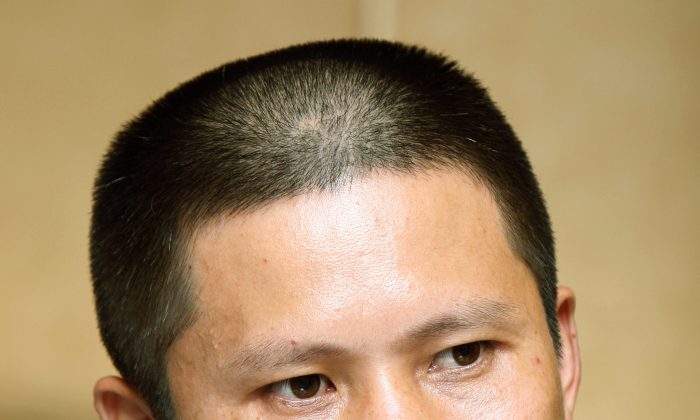 Legal scholar Xu Zhiyong on July 17, 2009. Xu is a prominent Chinese legal activist and the co-founder of a group promoting a civil society. He was sentenced to four years in prison. (AP Photo/Greg Baker, File)
China

Prominent Chinese legal activist Xu Zhiyong, famous for his co-founding of the grass-roots New Citizens’ Movement, was sentenced by the No. 1 Intermediate People’s Court in Beijing Sunday to four years in prison on the charge of “gathering a crowd to disturb public order.”

According to Zhang Qingfang, one of Xu’s lawyers, Xu denounced the trial as he was led away by guards following the guilty verdict announcement.

“‘The court today has completely destroyed what remained of respect for rule of law in China,’” Zhang said, quoting Xu. Yang Jinzhu, another defense lawyer, confirmed his account of the verdict and Xu’s words.

“This is a shameful but sadly predictable verdict. The Chinese authorities have once again opted for the rule of fear over the rule of law,” said Roseann Rife, Amnesty International’s East Asia research director.

Xu, whose trial began on Jan. 22, was arrested in July 2013. He refused to defend himself in the trial, saying it was rigged, the Washington Post reported. When Xu tried to read a closing statement, he was interrupted by the judge for making irrelevant comments.

In May 2012, Xu wrote an article now “credited with spurring a loose network of activists who aim to promote government transparency and expose corruption,” according to a report by Amnesty International.

The article, titled “China Needs a New Citizens’ Movement,” urges people to reject corruption, participate in civic life, help vulnerable members of society, and unite to coordinate their efforts with other “New Citizens.” Xu describes the movement as a peaceful campaign.

In his closing speech, later made publicly available by his lawyer, Xu called for peaceful, gradual change in China to further the democratic rights of citizens, and rule of law through “freedom, justice, and love.”

One aspect associated with the New Citizens’ Movement is the demand for Chinese officials to disclose their personal assets in order to combat corruption.

“It is this call that authorities seem to find most threatening. The ‘disruption’ Mr. Xu is charged with causing refers to small and peaceful demonstrations that have occurred since he wrote about his ideas in 2012, in which other activists displayed banners urging asset disclosure for officials,” the Economist reported.

Other activists have recently been tried on similar charges, with six other members of the New Citizens’ Movement tried Thursday and Friday in Beijing.

One of Xu Zhiyong’s co-activists, businessman Wang Gongquan, was let out on bail after he confessed to “his criminal activities of planning and instigating crowds to disturb public order with Xu Zhiyong,” according to a post on the official Weibo (a social media platform) of the Beijing No.1 Intermediate People’s Court on Jan. 22.

Hu Jia, known for his campaigns on HIV/AIDS and environmental issues, tweeted on Jan. 26 that he was being taken into custody by police, according to a BBC report. Hu is a frequent critic of the authorities and previously served a three-year prison term for “inciting subversion.” He was released in June 2011.

The New Citizens’ Movement calls on Chinese “not to act as feudal subjects” but “to take seriously the rights which come with citizenship” as detailed in the Chinese Constitution. Abuse of power by China’s one-party regime has led to a general lack of faith in the rule of law, with one dissident saying that the regime “regards the constitution as wastepaper.”