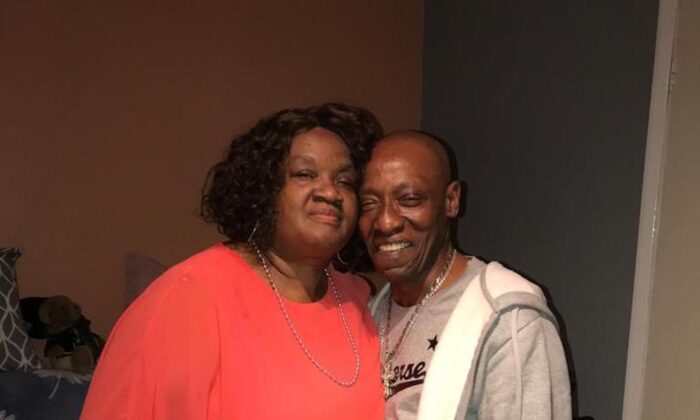 Police have officially identified the four family members who were stabbed to death in a terraced house in south-east London.

Denton Burke, 58, and his partner, Jamaica-born NHS worker Dolet Hill, 64, were both killed at their home in Delaford Road, Bermondsey, on Monday.

A 28-year-old man from Lewisham, who is suspected of carrying out the fatal attack, is in hospital in a stable condition.

He was Tasered by Metropolitan Police officers before his arrest.

A friend of Drummonds told reporters that she had temporarily moved into the house in Bermondsey while building work was carried out at her own flat.

Rudra Brambhatt told the Evening Standard: “She had only recently moved out temporarily while her bathroom was done. Samantha took her cat and went back to the family home.

“We are devastated. We got on so well. She loved music and worked at NatWest.”

Post-mortem examinations are expected to take place on Tuesday and Wednesday.

Alastair Gourlay, Director of Estates and Facilities, said: “We are devastated to hear about the tragic death of Dolet Hill, who worked as a housekeeping assistant in our pharmacy department for more than 21 years, before her retirement in 2018.

“Dolet was a well-respected colleague, who also helped to improve the workplace for others as an active UNISON representative.

“Our thoughts are with Dolet’s family, friends and all who worked with her.”

Detective Chief Inspector Linda Bradley, who is leading the investigation into the deaths, warned that it will be “a protracted inquiry”.

She said: “This was a truly horrific incident and I fully recognise that the distress for the family and the community will be overwhelming.

“We are conducting a thorough and detailed investigation into the facts and we are appealing to anyone who can assist with any information to come forward.

“If you know anything or saw anything that you think might help us piece together the events which led to this, then do not hesitate – please call police. You can also call Crimestoppers if you do not want to give your name.

“We deeply appreciate all the help we have already received from local people, and I would like to thank them for their patience and support in what is likely to be a protracted inquiry.

“We are moving as fast we can at the scene, but we need to ensure we uncover all the facts and secure every bit of necessary evidence, and this may understandably take some time.

“We are aware that we have family, friends and a community that are all asking questions; we are determined to give them the answers they deserve as soon as possible.”