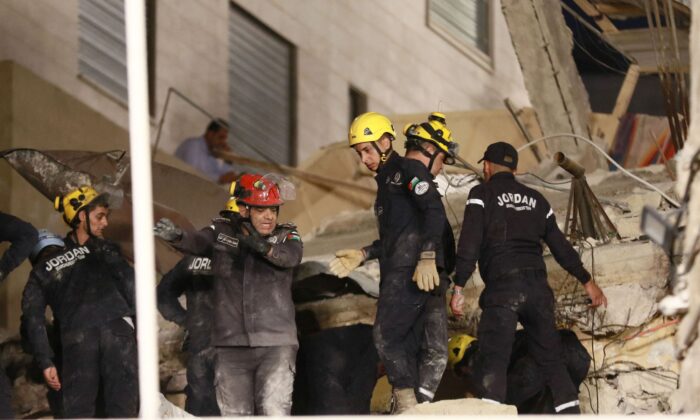 Jordanian rescue workers search for missing persons under the rubble of a four-story residential building which collapsed in central Amman on Sept.13, 2022. (Khalil Mazraawi/AFP via Getty Images)
Middle East

A four-story residential building collapsed in the Jordanian capital on Tuesday, killing at least one person and wounding 11 others, officials said.

It was not immediately clear what brought down the building in Amman, which state media said was an older structure.

The Health Ministry confirmed the toll, and authorities said rescuers were still searching for survivors.

Prime Minister Bishr al-Khasawneh directed authorities to investigate the cause of the collapse.

The building was located in Jabal al-Weibdeh, an older, bohemian district of the capital that is popular among wealthier residents and expatriates but also includes some poorer areas.