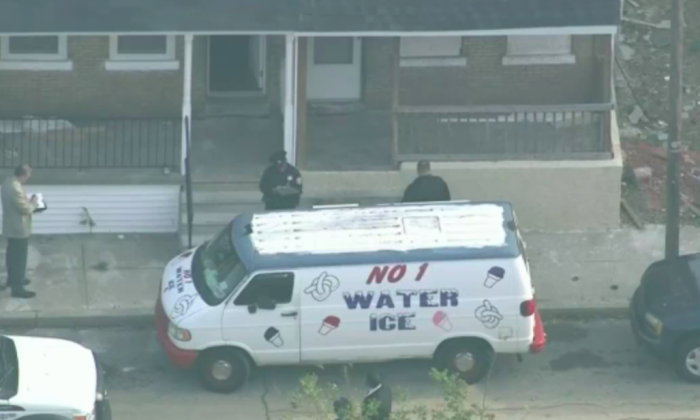 Four people were shot dead in a West Philadelphia basement on Nov. 19, 2018. (FOX)
Crime and Incidents

Four people who were recently found dead in a basement in West Philadelphia have now been identified.

Police officers found the four in a home on the 5100 block of Malcolm Street after 12 p.m. on Nov. 19. Each had a single gunshot wound to the back of the head.

The deceased were identified on Nov. 26.

The two male victims were identified as William Taylor, 31, and Akeem Mattox, 28. They were cousins and both lived on the block where they were found, reported ABC 6.

The two female victims were identified as Tiyaniah Rakele Hopkins, 20, and Yaleah Hall, 17. They both lived in the 2600 block of North 9th Street.

No suspects have been named by police officials as of yet.

“All four of these individuals were executed,” Ross told CBS, adding that this was an “absolutely evil thing to do.”

He said that a neighbor heard three or four bangs on Nov. 18 around 10 p.m. but thought that it was from ongoing renovations at the house.

Philadelphia ended 2017 with more homicides than it had since 2012.

The city had 314 murders as of Dec. 28, an increase of about 13 percent over the previous year, reported the Associated Press (AP).

According to October statistics, the murder rate is continuing to increase. Local station ABC 6 reported that as of October, 256 people have been killed in the city, which is 24 more murders than the same time last year.

Some noted the city’s drug problem, particularly with opioids.

Officials said that most of the violence is perpetrated by a small group of people.

“It’s a very small minority committing most of the havoc,” Philadelphia Police Capt. Sekou Kinebrew told the AP. The groups “use violence means to accomplish their economics goals,” he added.

Some people called for more police intervention while others said education is key.

He said the answer lies in “investing in vocational programs, or mentoring programs, or the kinds of programs that will help fulfill these young people.”

Despite the rise in homicides, Philadelphia is seeing fewer shootings, rapes, and gun robberies, leading some experts to say they don’t know what exactly is behind the increase in killings.

“I don’t really think we have a clear sense yet of what could account for increase in deaths relative to trending downward of other crime,” Jordan Hyatt, an assistant professor in the criminology and justice studies department at Drexel University in Philadelphia, told the AP.