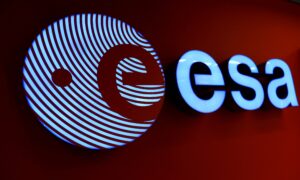 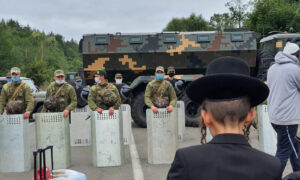 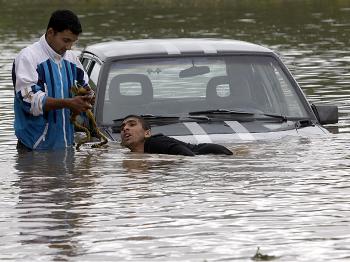 Residents try to salvage their car in the flood water of Vadasz stream near Alsovadasz village on May 17 as heavy rainfall and floods hit Hungary on the weekend. (Attila Kisbenedek/AFP/Getty Images)
Europe

Two people died in Poland Monday and officials said they had to evacuate 2,000 as floodwaters rose, according to a Reuters report.

Hundreds of people were evacuated in the Czech Republic, including hospital patients. One elderly woman died there according to the report.

In the northeastern city of Miskolc, Hungary, high winds knocked down trees and residents made sandbag barricades to keep floodwaters from two rivers at bay. One man died when an earth wall of his house collapsed.

The rains have also hit Slovakia where government deployed army personnel to assist rescue workers, according to Reuters.

Weather forecasts for the region predict more heavy rain in the coming days.