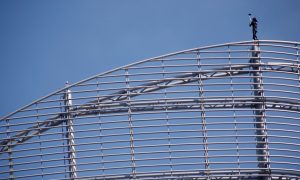 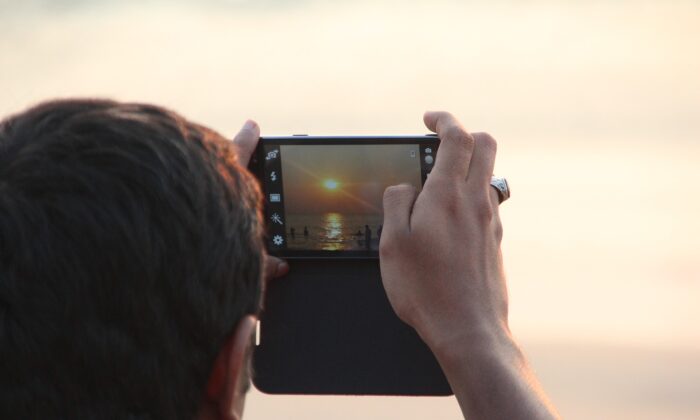 In this file image, a man takes a photograph of the sunset with his phone. (Pixabay)
India

Four Die After Slipping During Group Selfie at Indian Dam

An Indian man pulled his sister from the waters of a dam in India but was unable to save his other four relatives, including his newly-wed bride, after they slipped as they posed for a group photograph.

The incident took place at the Pambar dam in the southern state of Krishnagiri, on Saturday, according to local reports, where authorities were able to immediately recover their bodies.

“They wanted to take a selfie at this spot on the dam and they slipped,” said a senior police officer, according to CNN. “The water level increased while they were there.”

The surviving man, a 25-year-old named only as Prabhu by the Times of India and PTI, had been married to his wife, Niveditha, for just a month.

They were visiting relatives in their teens and early twenties and had gone as a group to visit the dam, a local landmark.

But when the group posed at the edge of the dam, as Prabhuby took a photograph, the five slipped into the water after the youngest in the group, a 14-year-old girl, lost her footing.

Prabhuby was only able to save his 15-year-old sister, Uvarani.

The Hindu, like some other reports, uses what appears to be an alternative naming system for all the people in the story, but all other details remain the same.

According to the Hindu, in the last fortnight 15 children, including the four adolescents, have drowned in the district.

India is something of a hot-spot for selfie deaths, according to an investigation into the phenomenon last year.

That study found that there have been 259 recorded deaths of people taking selfies between 2011 and 2017. Over half were in India, where the research was carried out by the All India Institute of Medical Sciences.

Researchers warned that the 259 deaths revealed by the study’s limited methods are likely to be only the tip of the iceberg.

Researchers noted that the leading cause of selfie-related death was due to drowning. For the most part, this was on account of people being hit by waves or falling out of boats.

The study, published in The Journal of Family Medicine, also identified other top causes as falls from high places and being attacked posing with dangerous animals.

India has already created 24 no selfie zones along the coast of Goa, with signs on cliffs, popular beaches, and swimming holes in the state, which attracts about 6 million tourists each year.

In India, there have been a number of high-profile selfie accidents from a craze of posing in front of approaching trains, spawning the term ‘Killfies’ and official government warnings.

Transportation was high on the list of causes of selfie deaths in the study.

The other top countries were Russia, the United States, and Pakistan.

Russian authorities in 2015 issued official warnings as a trend for “daredevil” selfies and videos took hold, saying “a cool selfie could cost you your life.” Over 100 people had been injured and 10 killed in death-defying stunts gone wrong, including a woman wounded by a gunshot and two men who killed themselves blowing up grenades.