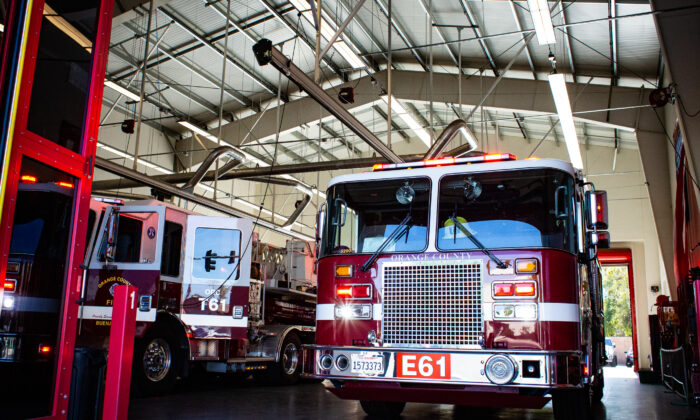 ORANGE, Calif.—A fire and explosion at a foam manufacturing company in Orange destroyed a storage area and two vehicles early Feb. 9, but no one was hurt.

The four-alarm blaze began around 12:20 a.m. at Foamex International, in the 2000 block of Batavia Street, with large orange flames leaping toward the sky that could be seen from miles away.

“We went into a defensive strategy, using large-diameter hose lines and water towers, to protect all the structures around the property,” Orange Fire Department Capt. Ryan O’Connor told reporters at the scene.

According to reports from CBS 2, Orange Fire Department crews battled heavy flames and smoke coming from a one-story commercial building and a fire burning in a storage area.

Nearby agencies from Anaheim Fire & Rescue, the Orange County Fire Authority, and the Fullerton Fire Department were called to assist in fighting the fire.

At least one storage area and two vehicles were destroyed in the fire, an Orange Fire captain told CBS 2.