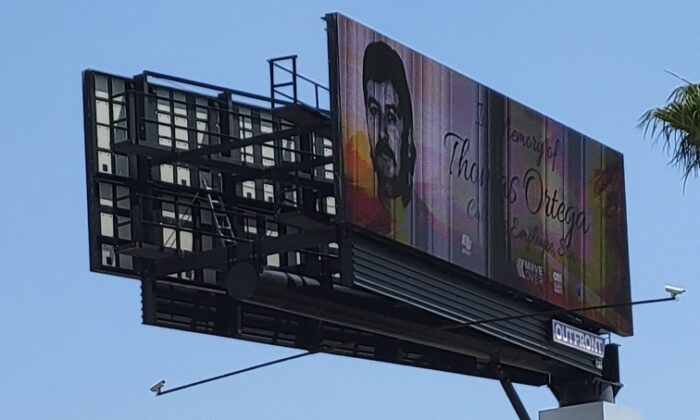 FOUNTAIN VALLEY, Calif.—Fountain Valley city councilors voted 3 to 1, with one abstention, on May 3 to approve erecting a big electronic billboard next to the 405 Freeway, seven years after the project was shelved due to resident protests and threats of litigation.

The electronic billboard proposal, which was first proposed by the city council and rejected by the city’s planning commission in 2015, aims to generate ad revenue for the city.

During the May 3 council meeting, residents and officials spent nearly three hours debating the project—to be located at 10955 Ellis Avenue at the corner of a shopping plaza bordering Costa Mesa—with some calling for reconsideration of the vendor’s offer while others urging approval.

“We [would be] taking in a boatload of money without costing our residents out of pocket,” Councilman Glenn Grandis said, following public comments disapproving of the project. “These are the types of opportunities that we need to make sure we go after.”

According to the project proposal, the city stands to earn significant revenue from the project—between $30 and $76 million—depending on whether the city decides to renew the contract after the first five years.

Councilors in support of the project said the prospective revenue will create a safety net to pad the city’s general fund, which faced deficits in the years leading up to COVID-19 including over $56 million in city pension fund debt.

“Why are we even thinking about considering doing this or not? … Money is hard to come by,” resident Phu Nguyen told the council. “If we have a chance to get this revenue, we should really consider it.”

Mayor Pro Tem Kim Constantine raised several concerns about the project and urged her colleagues to delay their decisions until a later meeting.

Constantine said she wants to first make sure the billboard’s potential impacts on drivers and the neighborhood have been thoroughly and accurately evaluated and the nearby residents are well-informed, citing an “inaccurate” project impact report and an “incorrect” brightness testing of the billboard.

“I think the ultimate kindness is to make sure that the people who live in these neighborhoods that are going to be impacted by [the sign] the most understand what’s going on and that their voice is heard,” Constantine said.

Some resident concerns included the sign’s potential threat to endangered migrant bird species that may become “distracted” by its light and crash, adverse health reactions from the sign’s “skyglow,” or light pollution at night, among other things.

The digital sign would be raised at 65 feet, with the panel measuring 14 feet high by 48 feet wide, taking up a total of over 2,200 square feet of space.

Once approved by the state’s housing department, it would take between six months to one year for the billboard to be fully erected.

The billboard would then stand for a minimum of 15 years and be operated by Outfront Media, an outdoor billboard advertising company, with the option to renew the bid at the city’s discretion over three, five-year increments.