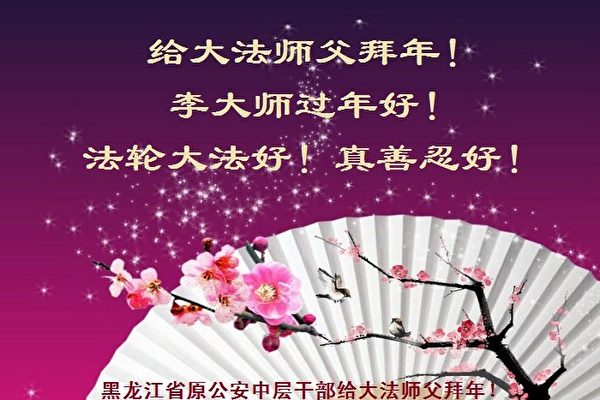 The founder of Falun Gong, Li Hongzhi, has received a large amount of greetings from people in mainland China over Chinese New Year, the most important holiday for Chinese families.

Well-wishers come from 26 provinces and four direct-controlled municipalities in China, including Beijing, Shanghai, Tianjin, and Chongqing.

Li brought the ancient spiritual practice of Falun Gong, also known as Falun Dafa, to the public in 1992. It helps relieve stress and increase energy with five slow-moving exercises and moral teachings based on the principles of truth, compassion, and tolerance. Its following in China grew to 70 million to 100 million people by 1999. Then the Chinese regime, deeming the practice’s popularity a threat, launched a nationwide persecution campaign to eradicate it.

Despite the regime’s ongoing persecution, members of the Chinese public wished Li a happy Chinese New Year on Feb. 1. Because of the persecution, they are only identified by their surnames.

A woman in her 60s, surnamed Zhao, from the city of Yongzhou in central China’s Hunan Province, told The Epoch Times how she benefited from Falun Gong.

She recounted how she fell to the ground and fractured her skull a few years ago. Due to her low platelet count and poor blood clotting, and after using well known blood-clotting agents, she couldn’t stop the bleeding. She later began reciting “Falun Dafa is good” and “truthfulness, compassion, and tolerance are good,” and said that soon after, her bleeding ceased.

Another woman, surnamed Gao, in the city of Wuhan, Hubei Province, had a relative who was a Falun Gong practitioner and who told her the real situation of the practice in China.

“A few years ago, when I was giving birth to my son, his neck was wrapped around by the umbilical cord twice,” Gao remembered. “Then I just recited ‘Falun Dafa is good’ and ‘truthfulness, compassion, and tolerance are good.’ Before long, my delivery became much easier.”

“I know the Master of [Falun] Dafa helped me remove the disaster,” added the woman, using the traditional mark of respect, “Master,” to refer to Li Hongzhi. “It’s [Falun] Dafa that has blessed our family with good fortune.”

“So my whole family believes that Falun Dafa is wonderful.”

She said her family is happy, adding that both she and her husband have good jobs and healthy children. She and her son joyfully shouted out New Year’s greetings to Li.

A man, surnamed Wang, in Chengdu city, southwestern China’s Sichuan Province, is a family member of a Falun Gong practitioner. He described the community of adherents as a miracle that brings light and hope.

“While people degenerate and lose themselves in worldly desires and wants,” said Wang, “Falun Gong adherents exhibit courage and goodwill through their self-discipline, determination, peace, and resilience.”

The founder of Falun Gong also received greetings from well-wishers from more than 60 other countries.