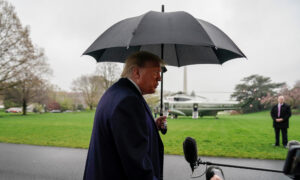 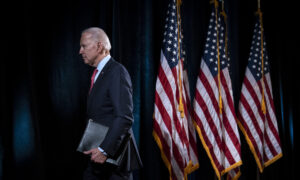 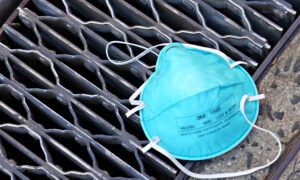 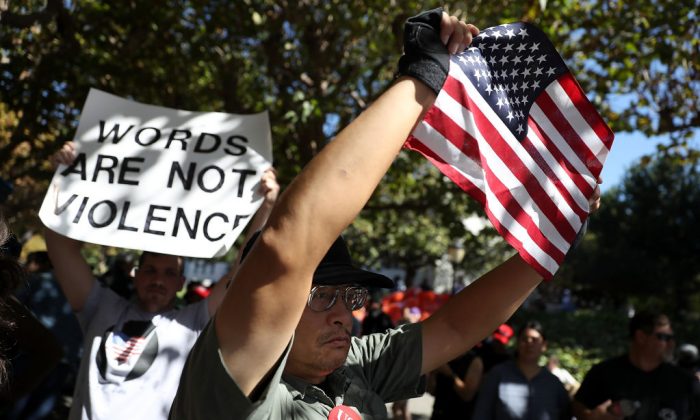 Anna Budd, of Oakland, who describes herself as "a classic liberal" holds a sign saying "Open Dialogue Not Heads" at a conservative rally on Apr. 27, 2017 in Berkeley, Calif. (Elijah Nouvelage/Getty Images)
US News

The Young America’s Foundation has won a legal battle, forcing a major college campus to give conservative speakers the same freedoms they give to other speakers.

The lawsuit took over a year, and resulted in a settlement with the University of California (UC), Berkeley that plaintiffs celebrated as a victory for free speech on campus. The institution will pay the Young America’s Foundation $70,000, plus reverse the “high-profile speaker policy,” which the foundation believes was used to stifle conservative voices.

The institution also agrees to rescind the security fee policy, which the foundation considered to be used in discriminatory ways towards conservatives. Lastly, the campus will abolish the “heckler’s veto,” a strategy where leftists would protest until the school shut down a conservative speaking event.

According to the foundation, the victory means the university can’t treat conservatives as “second-class members of its community” while stifling their First Amendment rights.

The paper also mentions the $20,000 “security” fee the school charged the foundation for a speech delivered by conservative thinker Ben Shapiro. The foundation compares this to the cheaper fee costing three times less for leftist students to bring Supreme Court Justice Sonia Sotomayor to speak. The foundation said now the school agrees to no security fee, as a result of the settlement.

The foundation said that the school will now handle speaking engagements fairly for all speakers, regardless of whether or not the speakers are conservative and don’t align with the school’s left-leaning administration.

“YAF’s landmark victory for free expression—long squelched by Berkeley’s scheming administrators who weaponized flawed policies to target conservatives—shows that the battle for freedom undertaken by YAF on campuses nationwide is a necessary one.”

However, not much has changed according to university spokesman Dan Mogulof.

“One would be hard-pressed to find any changes that would result in a change to how we support our student groups,” he told the Los Angeles Times.

“We are gratified that our major event policy has been validated,” Mogulof told the LA Times, seemingly unaware of the meaning of the settlement and the events that led to it.

The LA Times article also highlights two cases in 2017 where high-profile conservative speakers could not speak on campus due to actions of the UC Berkeley community.