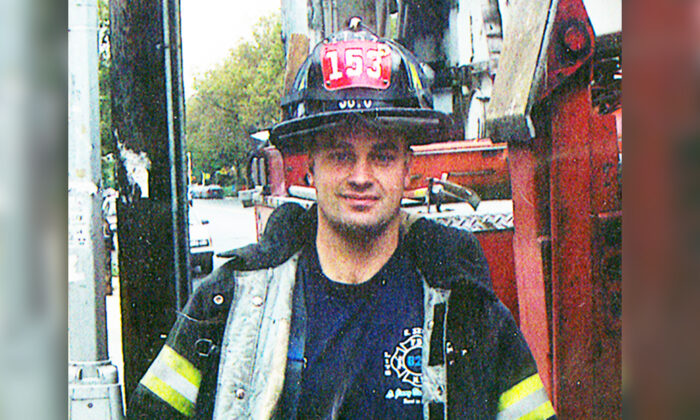 Foundation Pays Off Mortgages for Families of Fallen 1st Responders

SAN DIEGO—A New York-based foundation announced on Nov. 24 that it has paid off the mortgages of eight fallen first responders in California, including San Diego police officer David Sisto, who died after suffering a medical emergency while on duty in February.

According to the Tunnel to Towers Foundation, paying off the mortgages means the first responders’ families, “who are facing the holiday season without their loved one, will always have a place to call home.”

The eight California families are among the 65 families who will have their homes paid off between Thanksgiving and New Year’s Eve, according to the foundation.

The family of county firefighter Tory Carlon, who was fatally shot by a colleague over a workplace dispute at an Agua Dulce fire station, was also benefited.

Carlon’s wife, Heidi, said in a statement released by the foundation, “The emotion is so overwhelming, and all that I can think of is how this would make my husband feel … knowing that this foundation is taking care of us. A thank you doesn’t even seem to come close to expressing our gratitude.”

His wife Lisa, who was among the beneficiaries, said in a statement, “To know that the home that I shared with my amazing husband, a home we planned to retire in, a home that I feel safest in, is going to be mine without any financial worries means the world to me.”

“That I will get to stay in this home, gives me and my daughter the most security, forever.”

Among the other California families benefiting were those of Los Angeles County Sheriff’s Deputy Thomas Albanese, who died in February when his motorcycle was struck in Lakewood during an attempted traffic stop, and Pomona police officer Greggory Casillas, who was fatally shot in 2018.

The Tunnel to Towers Foundation was created in honor of New York firefighter Stephen Siller, who died responding to the Sept. 11, 2001, terrorist attacks. The foundation supports first responders, veterans, and their families.

The foundation this year had already paid off 135 mortgages, with the additional 65 during the holiday season bringing the year’s total to 200 and the foundation’s 20-year total to 450.

“This year we saw the country come together to support the Tunnel to Towers Foundation and its mission,” said Frank Siller, foundation chairman and CEO, in a statement. “We saw people from all walks of life join us on this quest to support our nation’s first responders and military families, those heroes—who are willing to lay down their lives for you or me—every single day.”