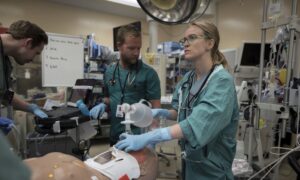 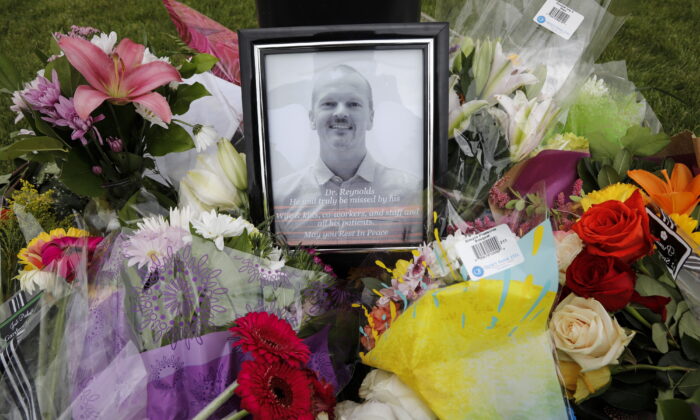 An impromptu memorial for Dr. Walter Reynolds, who died after he was attacked in an examination room rests outside the Village Mall walk-in clinic in Red Deer, Alta., on Aug. 11, 2020. (The Canadian Press/Jeff McIntosh)
Canada

RED DEER, Alta.—A man accused of killing a family doctor at a medical clinic in central Alberta is to make a court appearance today after being found fit to stand trial.

Deng Mabiour, 54, is charged with first-degree murder in the slaying of Dr. Walter Reynolds at the Village Mall Walk-In Clinic in Red Deer in August.

Mabiour has had a number of unusual interactions with the court since his arrest and a judge ordered an initial five-day psychiatric examination to determine if the accused understood the charges against him. The judge extended it another month because Mabiour was refusing to co-operate with medical staff.

Last month, a psychiatrist found Mabiour fit to stand trial, despite his behaviour in court. The case was adjourned until today to allow the accused to consider his options as he had refused to seek legal aid or obtain a lawyer.

Reynolds, a 45-year-old father of two, was attacked with a weapon while he was working at the clinic on Aug. 10. He died later in hospital.

One witness told media that she was in the waiting room when she heard cries for help and saw a man with a hammer and a machete.

RCMP have said the crime was not random and the two men knew each other through the clinic, although they have not said if Mabiour was a patient of Reynolds.

Mabiour is also charged with assault with a weapon and assaulting a police officer.