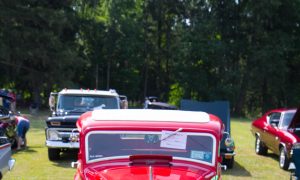 The foster mother of a 1-year-old boy was charged after he died while left inside a hot car at a mall, according to local news.

Dawn Aberson-Vanden Broecke, of North Carolina, was charged on Sept. 3 with involuntary manslaughter in the case, reported the Charlotte Observer.

The boy, who was not named, was found in his car seat in a car parked at a Lowe’s store at the McMullen Creek Market shopping center on Pineville-Matthews Road. The Mecklenburg County Medical Examiner’s Office later ruled of died of hyperthermia.

The 42-year-old foster mother is being charged with involuntary manslaughter. Police said she is expected to turn herself in. | Foster mother charged in death of baby left in hot car at NC shopping center>> https://t.co/PcQaC2hpeC pic.twitter.com/zvoVgsMpVg

Aberson-Vanden Broecke is now expected to turn herself into police, police said, adding that she cooperated with investigators in the case.

After the child was discovered in the hot vehicle, the child was rushed to the hospital by first responders, but he was pronounced dead a short while later, Live5News reported.

Officials then learned that Aberson-Vanden Broecke left the child in the vehicle for a lengthy period of time when temperatures in Pineville reached in excess of 80 degrees F.

Police said she was working at a nearby shopping center before she called 911 about the child.

The child’s biological mother wasn’t involved in the case.