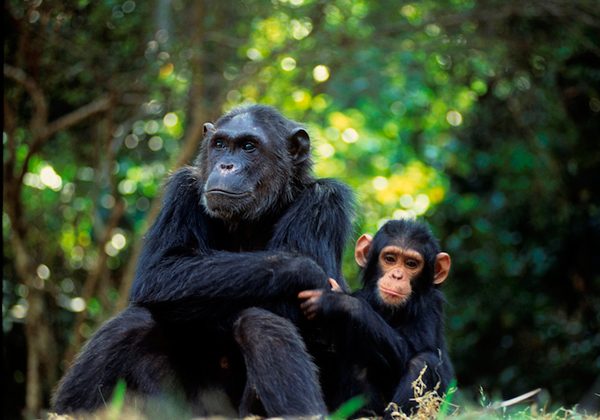 The teeth of ancient primates may hold the key to understanding climate changes. (Photo courtesy of Karl Ammann)
Australia

A new window into human history has been opened up by a global team of scientists who have discovered an innovative method to identify ancient seasonal climates using teeth.

The scientists have developed a novel way to establish the role that ancient seasonal climates and behaviours played in the development of both primates and humans, using microsamples of oxygen isotopes collected from fossilized teeth.

Prof. Tanya Smith from Griffith University and David Green from Columbia University said in a Conversation article that similar to trees growing outwards and leaving growth rings, teeth grow in microscopic layers during childhood. Since, seasonal climates and changes can alter the width of growth rings, it is discernible that the climates and changes experienced by the body can also be observed in the growth layers of teeth.

Microsamples of fossilized tooth enamel can harvest the oxygen isotopes, which can remain stable for millions of years, locked inside these growth layers to uncover the climates experienced by the animal when it is was alive.

The study found that the composition of oxygen isotopes within teeth, reveals details of seasonal rainfall, animal behaviour, and environmental conditions.

Smith said in a Griffith University news release that the research has broad significance because seasonal changes in resource availability are thought to have influenced how species like the great apes and modern humans evolved throughout time.

The Machine That Makes This Possible

Analysis of the oxygen isotopes, in teeth, opens up a whole new branch of chronology for archeologists. However it does come with some challenges including that the growth layers of teeth are so small that the majority of chemical techniques can not measure them.

This is where the Sensitive High Resolution Ion Microprobe (SHRIMP) comes in. The SHRIMP is a mass spectrometer, which was developed by the Australian National University, that can provide virtually nondestructive isotopic analysis of geological material.

The researchers teamed up with Emeritus Prof. Ian Williams from the ANU, a pioneer in the development of the SHRIMP, to safely remove microscopic spots from fossilized teeth and measure the oxygen isotopes within. The climate records within the tooth enamel can be viewed with great precision as enamel has daily growth lines that can be seen using light microscopy.

What Can Teeth Reveal

Using the fossilized teeth of ancient mammals from a 17-million-year-old site in Kenya—including the Afropithecus turkanensis (a giant primate from the Miocene era)—the study demonstrated they were able to measure the oxygen isotopes within these teeth to near-weekly accuracy.

The results showed that the isotopes in tooth enamel can reflect human alterations to terrain such as dams and record indications of historical meteorological events such as tornados, rain, and hurricanes.

Additionally, records of an extended drought and an extreme rainfall event were found within the growth layers of monkey teeth that developed during the 1960’s.

Furthermore, the fine-scaled isotopic variation in teeth, found in this study, demonstrates that most previous studies of the oxygen isotopes within teeth, largely underestimated the huge seasonal variation of ancient landscapes.

Following the result, the team compared the fossilized teeth to teeth of modern primates across Africa with the fossil teeth of an Afropithecus and compared their results to their analysis of the monkey teeth from the 1960’s and ancient rainfall patterns, which they simulated using cutting-edge climate models. The results of the study suggested that, over time, the fossil apes experienced dry and wet seasons of varying intensity.

“The effects of climate variation on the earliest African apes are poorly understood because detailed records of seasonal variation from this early period — the Miocene — are sparse,” Green noted.

“Isotope values from Afropithecus and closely associated herbivores suggest that apes in this part of eastern Africa were living in a seasonal forests or woodlands long before the origin of hominins.”

In an email to The Epoch Times, Smith said that a number of 17-million year old terrestrial mammals were looked at alongside the Afropithecus, including a type of prehistoric hippopotamus, giraffe, hyrax, rhinoceros and deer—including the Anthracotheriidae, Giraffidae, Rhinocerotidae, Suidae and Titanohyracidae.

They also used samples from two types of prehistoric elephant species, the Deinotheriidae and the Gomphotheridae.

Smith said while some of the mammals do not have comparable modern day species, the group of ancient animals analyzed include giraffe, hippo, and pig like species.

The researchers noted that the new approach could also lead to understanding more about the different characteristics each species had and the behaviour of those creatures in their environment.

“We may see the impact of that seasonal climate on the novel anatomical characteristics and behaviours of early apes,” Green said.

Meanwhile, Smith noted that more detailed data on ancient climates could better explain key characteristics of early apes, such as unusual front tooth configurations and thick dental enamel. She said that such characteristics support hard food consumption, during seasons of drought or resources scarcity when food that is easier to consume is unavailable.

“Another trait is their long, slow dental development—likely linked to a longer childhood, which has been suggested to provide more time for learning.”

“This would have been useful in more seasonal environments when foods follow complex spatial and temporal availability,” she said.

For the past five years, Smith, Green, and Williams have been working on using this new form of analysis on human teeth to assist in the study of living and ancient humans.

In 2018, the researchers provided an assesment of ancient seasonality using the teeth of Neanderthal children and at the moment they are planning to sample African Hominin teeth from the Turkana Basin in Kenya.

Smith said that it is possible to pick up historic or prehistoric weather events if they persisted for more than a few days using this new method. However, without another line of evidence such as very good tree-ring chronology, she said it would be very difficult to connect large droughts or storms to specific calendar years.

“We were able to identify droughts and storms in eastern African because we knew roughly when the primates grew up (i.e., the 1960s), and could tie our oxygen isotope data to rainfall records.”