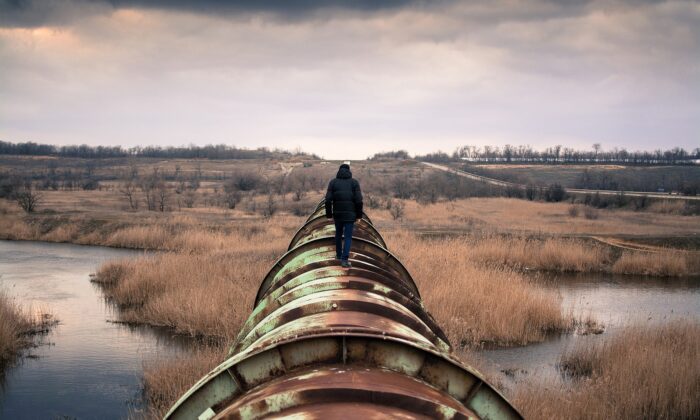 Fossil Fuels Are Back—Everywhere Except in the USA

While the greens in America, including their champion zealot, President Joe Biden, howl their primal screams over climate change, the rest of the world is turning to coal. The dark stuff. The satanic fuel. But it’s back big-time across the globe.

So is old-fashioned petroleum.

Bloomberg recently reported that because of high natural gas prices due to a reduced supply from the United States, Europe is “snapping up coal.” It’s cheaper now, and compared to wind and solar, it’s a much more reliable source of power.

Euroland is also starting to give up on the green energy dreams that are still alive and well in the minds of American pols in Washington. Great Britain and Germany have experienced soaring energy prices at the gas pump and in electric utility costs for homes, factories, and businesses. Some relief will come from natural gas that will eventually be supplied to Europe via a gas pipeline from Siberia. Don’t forget, Biden greenlighted that pipeline just a few weeks after killing the Keystone XL pipeline and thousands of jobs here at home.

Meanwhile, the nation with three times the population of the United States and the world’s largest energy consumer, China, is all-in on coal. The Daily Mail reported that China’s 1,000 coal plants “make a mockery” of any promises by Beijing that China will move to renewable energy. Coal is by far the largest source of energy in China, and new plants are being built every week. This is, as The Telegraph put it, “Beijing’s dirtiest little secret.”

Despite those solemn pledges for China to clean up its air, the Chinese emit three to four times more greenhouse gases into the atmosphere each year than does the United States.

Then, there is the situation with oil. The price has been rising as demand remains steady. The Wall Street Journal reported that OPEC nations predict that demand for their oil will at least double over the coming decades. That doesn’t sound like a fuel source that is going out of fashion.

This is all happening just at the very moment that Democrats in Congress are about to pass green energy bills that will cripple our fossil fuel industry. These fuels could make America the energy powerhouse of the 21st century. It’s hard to see how dismantling U.S. oil, gas, and coal will stop the rise of the oceans when the rest of the world’s addiction seems incurable.

Last month, Biden went to the U.N. and lectured the world about an international partnership to combat climate change. You could almost hear the snickering in the audience by foreign diplomats.

It is a foreign and economic policy driven not by realism, but by fantasy. Biden sees the world as he wants it to be, not as it is. He reminds me of Britain’s Neville Chamberlain circa 1939, who believed Hitler’s promises of “peace in our time,” up to the moment the bombs started falling like rain on London.

The shame of all this is that when Trump left office, America was all but energy self-sufficient and even an energy exporter. Thanks to the shale oil and gas revolution, the United States has access to more oil and gas (and coal) than any other nation. We have many hundreds of years of energy supply.

Now that the rest of the world is thirsting for U.S. oil, gas, and coal, the left wants to shut down all domestic production by 2035, even though our fossil fuels are the cleanest.

So, instead of the world’s energy coming from the United States, it will come from Russia, Saudi Arabia, and the OPEC nations.

To borrow a Trumpism: Those nations are now laughing behind our backs.