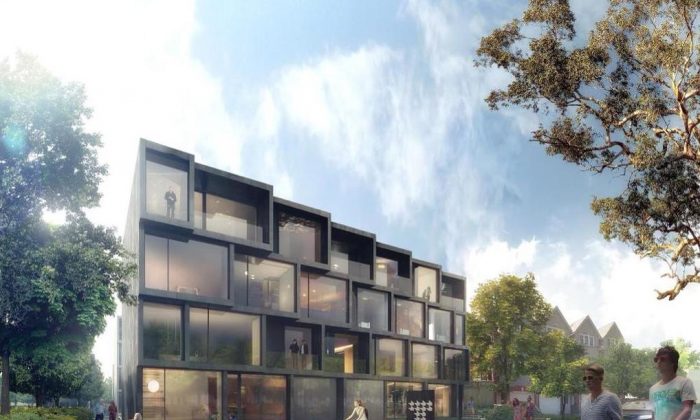 Rendering of The Tree House at Gerrard and Warden in Toronto. (Courtesy of Fortress Real Developments Inc.)
Canadian Content

Fortress Real Developments: A Force to Be Reckoned With In the Real Estate World

Any project that has Fortress Real Developments Inc. on its team is as close as you can come to a guaranteed success. The company focuses on large-scale, quality development deals with established builders and top developers—among whom are some of the best names in the Canadian real estate development world. Their partners read like a Who’s Who in development: Lamb, Cityzen, Empire, Averton, Chestnut Hill, Cachet, Georgian, City Core, and many more.

Recently, Epoch Times spoke with Ben Myers, senior VP of market research and analytics. It is his expertise and knowledge of the market that gives Fortress a significant advantage.

Myers has over a decade of real estate research experience with such prestigious firms as Clayton Research and Urbanation in Toronto, and The Meyers Group in Dallas. He has been quoted on the housing market in the Wall Street Journal and the Financial Post among others, as well as appearing
on Global, CTV, and many other television broadcasts to discuss real estate.

So when Myers gives a project the green light, it is almost assured to be a success.

Of particular interest is Fortress’s luxury condominium development on Lake Simcoe, now called The South Shore, in Keswick, Ont. Crate’s Landing, the previous development on this site, was sold to Fortress after the owners faced challenges getting the project built. But Myers and his team really liked the project—they loved the area and the fact that it is the only luxury condominium on the shores of Lake Simcoe. Fortress bought out the project and rebranded it as The South Shore.

“It’s a great site. It has a bit of a history to it. Previous developers had some problems getting approvals and getting it built. So we took it over and rebranded it and we now have it under construction,” says Myers.

The first building in the first phase of The South Shore is a 5-storey, 88-unit condominium called the Grand Marina. It will be linked to a similar-sized building by a shared amenity space offering an indoor pool, fitness centre, party room with kitchen, and a sauna. The site includes five acres of protected bird and nature lands, private docks off the Maskinonge River, and a private beach.

Plans are in place to pursue LEED green building certification. Still on the drafting table are additional phases for a mixed-use commercial and residential building and a separate full service hotel.

The South Shore is ideal as a year-round permanent residence or a weekend vacation home. Located just 20 minutes from Aurora and Newmarket via the new 404 Extension, and just 40 minutes from Toronto, it offers a secluded yet exciting lifestyle right on the water.

“Some of our purchasers have been in for a while,” says Myers. “They’ve been very patient. But they realize this is a fantastic site. Now that it’s under construction, they are feeling a lot better. It’s so rare to get a project on the water. There’s nothing like it anywhere else.”

Myers says that the project is close to 50 percent sold. The first phase is now under construction and they will be launching the second phase next year.

Fortress has other projects on the go as well, including Brock Village in Pickering. It’s a mix of residential live/work condos and commercial condos ideal for doctors, dentists, and other professionals.

“We have one small sign up on the site and we are getting hundreds of registrations a week. There is a real shortage of office space in the area, and people are looking to own rather than rent,” says Myers.

Fortress has several office/commercial condo properties throughout the GTA and Myers believes that Fortress is fulfilling an important need for people who want to invest in their future instead of throwing money out on rent.

One project that Myers is particularly excited about is The Tree House, a development of 39 very cool stacked townhomes at Gerrard and Warden. He really loves the architecture and the design and believes that this area is a real up-and-comer. The Tree House’s ultra-modern design will appeal to singles looking to stay in the neighbourhood, young families purchasing their first home, or anyone desiring a contemporary design in Toronto’s growing east end.

Currently Fortress is involved in 67 new projects, 22 of which are under construction. That’s a pretty impressive portfolio and with Fortress’s track record, it’s a company whose future is guaranteed continued success.