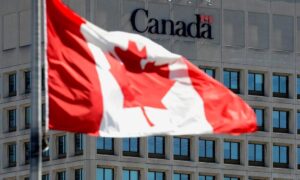 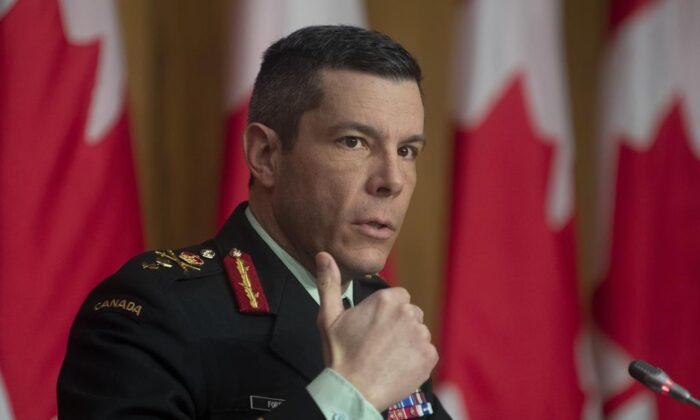 Major General Dany Fortin responds to a question on COVID vaccines during a news conference, on January 14, 2021 in Ottawa. (The Canadian Press/Adrian Wyld)
Canada

OTTAWA—Maj.-Gen. Dany Fortin’s lawyers are citing Health Minister Patty Hajdu’s statements during a television interview in May in their fight to prove their client’s removal as head of Canada’s vaccine distribution campaign constituted improper political interference.

The interview on CTV’s Question Period political show aired on May 30, two weeks after Fortin was abruptly removed from his high-profile but temporary position at the Public Health Agency of Canada because of a military police investigation.

According to a transcript filed in Federal Court, Hajdu told the interviewer that she first learned of an investigation involving Fortin in March and agreed with PHAC president Iain Stewart’s decision to relieve him of his duties at the health agency in May.

Fortin’s lawyers have been arguing that only acting defence chief Gen. Wayne Eyre had the power under the law to remove their client from his position given that he was still a serving member of the Canadian military while working at PHAC.

They allege the decision to remove Fortin involved political interference by the Liberal government in the military’s chain of command, and are asking the court to reinstate him into his old role or an equivalent position.

Fortin was formally charged in Gatineau, Que., on Aug. 18 with one count of sexual assault dating back to 1988. He has denied any wrongdoing.