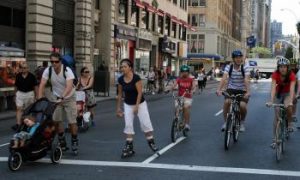 Imagine, No Cars for a Day
0 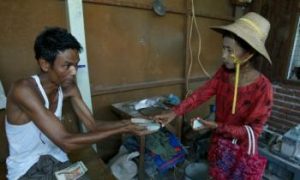 Despite heavy shelling, no one was killed in the opening battle of the American Civil War. The federal troops withstood the bombardment for 34 hours, with little food or supplies. When they surrendered they were given safe passage.

Fort Moultrie and Fort Johnson, on land on either side of Fort Sumter, had already been taken over by Confederates.

Union Maj. Robert Anderson commanded a group of only 87 men. According to Smithsonian magazine, when envoys from the recently formed Confederate States of America (CSA) demanded he vacate the fort, Anderson replied, “It is a demand with which I regret that my sense of honor, and of my obligation to my government, prevent my compliance.”

Charleston is holding many events to mark the 150th anniversary of the war’s beginning. On April 12, it opened and closed the day with 45 minutes of cannon fire. According to a city news release, “A 10-inch mortar cannon will be fired at 6:45 a.m. from Fort Johnson on James Island. All other (of seven historic) locations will immediately start firing after the first round for approximately 45 minutes. Throughout the day, sporadic firing will occur.”

A second 45-minute fusillade was planned for sunset.

Had the federal government shutdown over the budget proceeded, Charleston’s events would have been suspended, as Fort Sumter is a federal park.

The NAACP sent a letter on April 7 to President Obama and to Secretary of the Interior Ken Salazar asking the federal government to make sure the sesquicentennial events are both solemn and factual, and avoid romanticizing the conflict or glossing over the cause of the conflict, slavery.

"In this moment of remembrance, let us all do the tough truth-telling necessary for our nation to finally heal from the sins of slavery and fratricide,” stated NAACP president and CEO Benjamin Todd Jealous.

The Sons of Confederate Veterans held a “Secession Ball” in Charleston in December at which champagne was served and the song “Dixie” was played. The NAACP protested outside the event.