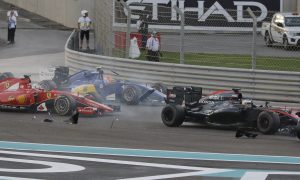 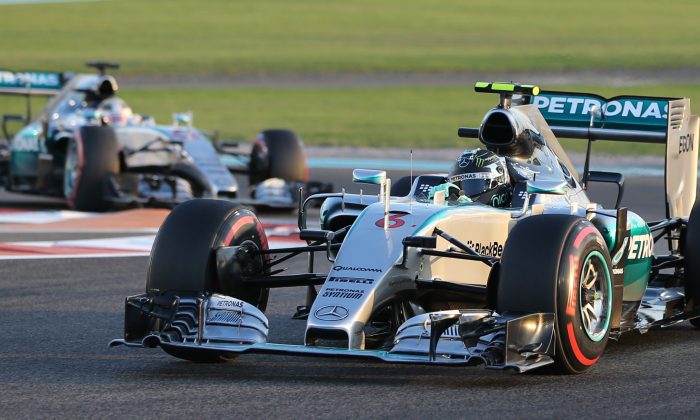 Formula One Grapples Major Problems on the Track and Off

ABU DHABI, United Arab Emirates—Wounded by another predictable and dull championship, and locked in a decision-making paralysis, the end of the Formula One season comes more as a relief than a climax.

The regular appearance of the jet-set on their yachts around Abu Dhabi’s Yas Marina circuit may provide the glamour upon which the sport trades, but beneath that surface there are major concerns, both sporting and financial.

Most worrying for all in Formula One is not just the scale of the problems, but the lack of any immediate means of addressing, let alone curing, them.

On the sporting front, 2015 has been predictable, with Mercedes even more dominant than the year before. Champion Lewis Hamilton and teammate Nico Rosberg finished 1-2 Sunday, a record 12th time in a season.

In sports, predictability is bad, and the television viewing figures which were already tumbling in 2014 will likely decline further, with the domino effect on advertising and sponsors.

There is no greater indicator of the problem than Germany — a nation drenched in F1 success for a generation — being left off the calendar, in part, because local promoters struggle to draw crowds.

“We know who’s going to win, and who’s going to be second, third and fourth,” F1 head Bernie Ecclestone said in an interview last month. “You’ve lost the excitement.”

It is a candid admission from a man who is tasked with generating and maintaining interest from broadcasters, sponsors and race promoters.

But one-sided seasons are not new and the sport was not too badly scarred by the similar dominance of Michael Schumacher or Sebastian Vettel.

The real problems are off the track.

In the past two months alone the sport has seen Red Bull — recently the sport’s power team — threatening to quit, the Lotus team hauled before the courts over unpaid debts, and Ferrari vetoing much-needed cost-cutting proposals.

Throw in a commercial leader in Ecclestone entering the latter half of his 80s with no succession plan in place, and a brewing European Union investigation into anti-competitive behavior, and things are not looking great.

The sport is bewilderingly complex, governed by agreements and an array of decision-making bodies whose content and operations are always obscure and often downright secret.

The regulatory power is in the hands of FIA, the commercial power rests with Ecclestone and the hedge fund CVC Capital Partners which owns a controlling stake, and the sporting power is with the teams.

Getting those three bodies to agree on any reform, no matter how urgently required, borders on the impossible.

At the heart of the problem, of course, is money.

FIA, under previous president Max Mosley, leased out the commercial rights — chiefly made up of sponsorship, broadcasting rights and race-hosting fees — to Ecclestone, initially on a short-term basis, but eventually in an extraordinary 100-year deal.

Ecclestone sold down his stake in the bodies which collectively play the role of “commercial rights holder” and the controlling stake is now owned by CVC.

The hedge fund rakes in nine-figure annual revenues from the sport and its initial plan was to float the business, list on a public stock exchange, collect a tidy profit and move on. But the onset of the global financial crisis changed that.

While CVC is looking for an exit plan, much of the revenue they are collecting goes to pay their creditors and there is precious little reinvestment in growing F1, or helping grassroots motorsports, which FIA could be doing if it had retained the commercial rights.

“Whatever profits F1 is generating go straight out of the sport and go to repay loans, so that is one massive drain,” leading F1 analyst Dieter Rencken said. “What can be done about it? At this stage there’s very, very little that can be done.”

Major teams signed deals locking them to the sport through 2020, negotiating privileges for themselves because of it. But some of those deals need to be undone to allow smaller teams to be competitive and bring more competition to the racetracks.

Regardless of what is in the best interests of the sport, however, the big teams are unlikely to agree to any dilution of their power and profitability. So F1 has little choice but to wait for many of the deals to expire before it can begin urgent reforms to reduce costs, sustain the financially struggling independent teams, hopefully attract new ones, and reinvigorate the sport.

“Formula One will ultimately survive, but it can’t survive in this form. It needs a total restructure,” Rencken said. “The sport will stutter on until 2020 when it can eventually be restructured.”