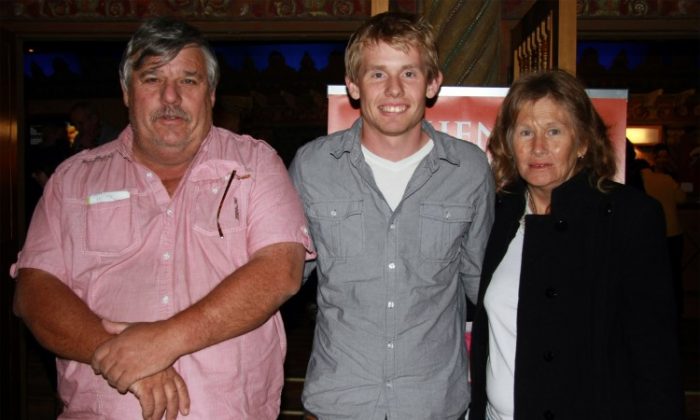 Formula One Driver Likes the Energy of Shen Yun

SYDNEY—They don’t move quite as fast as Formula One race car driver Steel Giuliana does on the tarmac, but Mr. Giuliana appreciated the vigour and energy of the Shen Yun Performing Arts dancers as they performed on Saturday night.

“I’ve never seen anything like it,” Mr. Giuliana said during intermission at Sydney’s Capitol Theatre. “I’m sure they’ve got a lot of energy up there.”

Shen Yun draws on 5,000 years of Chinese culture in a lively and visually spectacular performance centred around classical Chinese dance—one of the most comprehensive and difficult to learn dance systems in the world.

Digital backdrops bring to life scenes from dynasties throughout China’s history, popular myths and legends, and the flair of different ethnic groups.

“It’s a good change from the normal society of the TV and internet and that sort of thing, it’s really nice to come to a theatre like this and see a show like that,” Mr. Giuliana said. “It brings back what I think is important and it’s good to see that a lot of other people are interested in it as well.”

He said the show taught him more about China’s rich cultural history, and it was important to keep tradition in perspective as the world quickly changes. “We don’t want to lose sight of where our heritage is,” he said.

Mr. Giuliana was impressed by many aspects of the performance.

He said. “I really enjoyed all of it and I’m looking forward to the second half.”