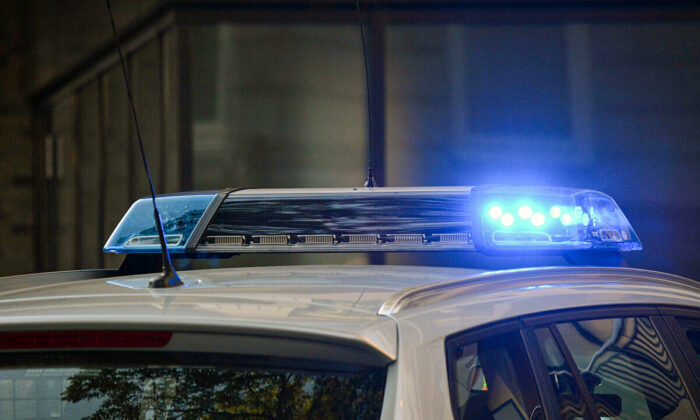 A former Rock County deputy was arrested in Fort Wayne, Ind., and will be extradited back to Wisconsin to face charges over the sexual abuse of four boys between 2010 and 2016. (File Photo)
US News

A former Rock County, Wisconsin, sheriff’s deputy has been arrested and charged with 10 felony counts of having sexual contact with children as young as 8, supplying them opioid drugs, and making them watch pornography.

Gary Aaron Huber, 34, of Milton, was arrested in Fort Wayne, Indiana, and will be extradited to Rock County to face charges in the sexual abuse of four boys between 2010 and 2016, according to the Wisconsin Department of Justice’s Division of Criminal Investigation (DCI).

According to a criminal complaint filed in Rock County Circuit Court in Janesville, Huber is charged with one count of first-degree child sexual assault—sexual contact with a child under age 13—one count of repeated sexual assault of a child, three counts of child enticement, two counts of causing a child under 13 to view or listen to sexual activity, and three counts of causing a child to expose their genitals, pubic area, or intimate part.

The abuse took place at numerous locations in Rock County and in Sparta, Wisconsin, police said.

An arrest warrant was issued for Huber on Dec. 9. He is being held in the Allen County Jail in Fort Wayne awaiting an extradition hearing.

As state investigators sought to question him in the case in June 2021, Huber told Rock County Sheriff’s Capt. Mark Thompson via telephone, “I can see where this is going, so I’m just going to go ahead and resign,” according to the criminal complaint.

The resignation was tendered “to avoid an internal investigation,” according to a statement from the justice department.

The first victim told police he first met Huber in spring or summer 2009, when the deputy would stop at the boy’s grandparents’ house and take the boy shopping for clothes, sunglasses and food.

In 2010, when the boy said he was 8, Huber opened a notebook computer and showed him and another boy pornography. This occurred more than 20 times between 2010 and 2016, the criminal complaint alleged.

He said Huber first sexually assaulted him at his grandparents’ home in the summer of 2010. Over the next six years, the complaint said, Huber repeatedly assaulted the boy, often under the guise of inspecting his body to make sure it was developing properly. Huber smoked marijuana with the boy and supplied him with Vicodin, Fentanyl and Tramadol, narcotic pain medications, the complaint said.

The boy said he “believed Huber had given him narcotic drugs and opiates for over 30 times,” according to the complaint.

Eventually, the boy stood up to Huber and cut off the sexual contact.

“… Huber would threaten him and said he would tell people that [the victim] was homosexual,” the complaint read.

The second victim reported sexual assaults by Huber that began when he was about 11, according to police.

The boy said Huber also showed him pornography that included “females who did not appear to be adults,” the complaint said. He told his parents about the assaults, but was told to keep quiet.

His father “told him not to talk about it because it would destroy the family,” the complaint alleged.

The third victim told investigators Huber’s sexual abuse began when he was 10 or 11. He alleged details similar to those of the other boys.

A fourth victim reported an assault that occurred on a farm in 2016, when he was 12 years old.

Investigators interviewed the grandmother of one of the boys, who said she first heard allegations of sexual abuse “some years ago,” the complaint said.

The brother of one victim told the grandmother, “What’s the matter with you people, you can’t figure out he’s a pedophile?”

The investigation began when a man who described himself as a relative of the victims reported the abuse to Janesville Police Chief.

Shortly after, police called in special agents from DCI in Madison, which often handles cases involving sex crimes against children and human trafficking.

The 10 felony charges each carry potential prison time between 3 years 6 months and 60 years.