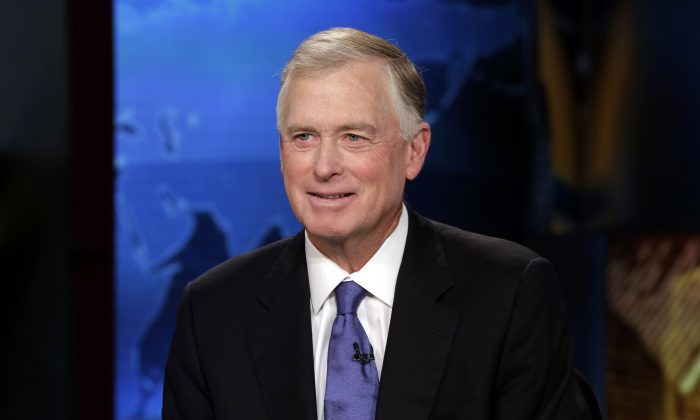 “I’m going to support the nominee,” Quayle said in an interview on the “Today Show” this morning. “And I predict that most people in my position or people that have been in the Republican Party for a long time will rally around the nominee.”

Quayle believes the party will unite behind Trump.

“If we’re not unified, then we have a real lot of trouble at stake,” he said.

This morning, Trump and House Speaker Paul Ryan, who had been hesitant to endorse Trump, released a joint-statement that stated that it is “critical that Republicans unite around our shared principles,” although Ryan hasn’t explicitly endorsed Trump just yet.

Dana Milbank Ate the Newspaper on Which He Disparaged Trump

Quayle served as Vice President under George. H.W. Bush, who has refused to endorse a candidate in this presidential race, the first time in past five elections.

“Clearly, he’s got good political instincts, he has a good business background, he’s a winner and he’s unusual,” Quayle said of Trump. “He’s obviously very different. He’s not going to play by the rules…but I think that he can win.”

Still, Quayle thinks that Trump needs to become more “presidential” before he can win.