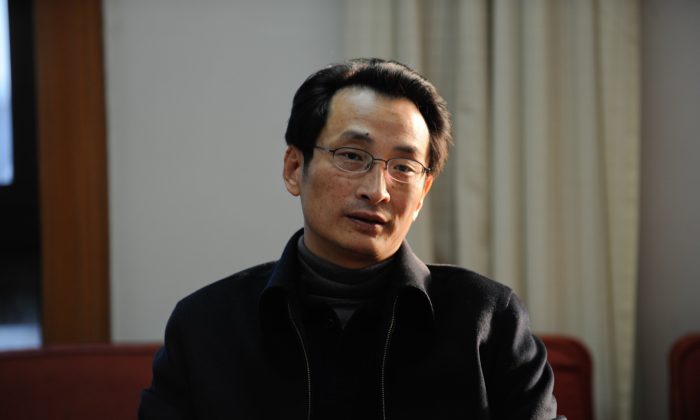 Chen Gang, former vice mayor of Beijing, in this file photo. On Nov. 7, Chen pleaded guilty to receiving $18.5 million worth of bribes. (The Epoch Times)
China

The trial of Chen Gang, 52, who was vice mayor of Beijing between 2006 and 2017, took place in Nanjing, in Jiangsu Province.

Chen was accused of taking advantage of his various positions to help some construction companies benefit from development projects, in exchange for money and gifts between 2003 and 2018.

Specifically, Chen helped to clear hurdles for construction projects, such as obtaining approval for zoning changes, adjusting regulatory requirements, obtaining final inspection and completion acceptance to benefit the construction companies, according to prosecutors.

A graduate of Tsinghua University with a degree in urban planning, Chen is best known for his leadership role in Beijing’s urban development in preparation for the 2008 Beijing Olympics, including the construction of the Bird’s Nest Stadium, which was the main venue for the games.

Chen has taken a series of important positions in urban development as well as in China’s controversial South–North Water Transfer Project, the largest water diversion project in the world.

The charges imply that Chen loosened the project standards and allowed for shoddy construction work to pass final inspection.

Since taking power in 2012, Chinese leader Xi Jinping has embarked on a sweeping anti-corruption campaign to purge the Chinese Communist Party of misbehaving officials, who were often members of an opposition faction loyal to former Party leader Jiang Zemin.

According to public data, as of January 2013, more than 480 high-ranking officials at the provincial or ministerial level and above have been found guilty of corruption, and at least 58 officials have embezzled or taken bribes exceeding 100 million yuan ($14.3 million).

China’s anti-corruption authorities announced the investigation of Chen on Jan. 6. On Jan. 9, Chinese news portal Sohu reported on Chen’s case. The report said Chen’s wife had already immigrated to Canada, and Chen usually took bribes through his wife, to conceal his identity.

In addition to China-based developers, Chen’s wife worked closely with a Canada-based Chinese developer surnamed Li who was a new immigrant in Canada. Chen, with authority in land-use planning, allowed Li to accumulate a fortune through development projects in China. In return, Li used the money he gained from those projects to bribe Chen and help Chen get promotions.

According to the Sohu report, Chen had already transferred huge amounts of assets abroad before Chinese authorities placed him under investigation.