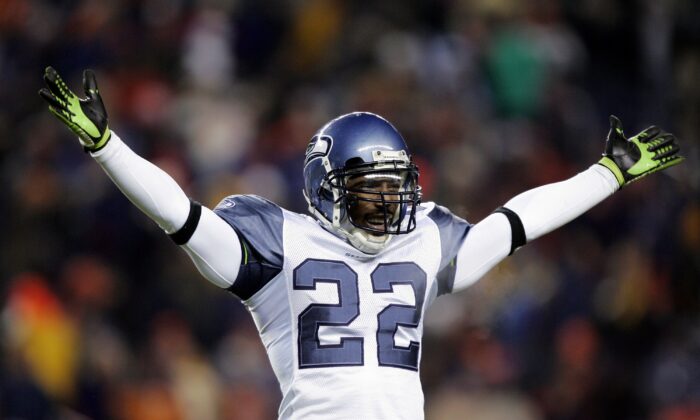 Williams was named an SEC Football Legend in 2013. He played running back, cornerback, and returned kickoffs and punts for the Commodores from 1997–2000.

Williams is one of three players in Vanderbilt history with both a kickoff return and punt return touchdown during their careers.

Current Vanderbilt coach Clark Lea said he hosted Williams and his family at his home on Wednesday.

“Jimmy will be remembered for the energy and spirit with which he filled a room, the love and devotion he showed to his beautiful family and the choices he made every day to live fully in the face of the most challenging adversity life has to offer,” Lea wrote in a letter posted to his Twitter account.

After playing running back for Vanderbilt in 1997, Williams switched to cornerback and recorded 10 interceptions over the next three seasons.

In 2005, Williams was special teams’ captain of the Seahawks, who reached Super Bowl XL before losing to the Pittsburgh Steelers.

“Devastated by this news,” then-Seahawks quarterback Matt Hasselbeck said on Twitter. “Jimmy had the best personality on the team! He loved his teammates and we all loved him too. Praying for his wife Chandra and the whole family.”

Williams had three interceptions, six fumble recoveries, and 151 tackles on defense, but excelled on special teams. He led the NFL with a 16.8 punt-return average in 2002 when he scored his lone NFL touchdown.

Williams was a teacher and a coach at Episcopal High in Baton Rouge, La., for the last 11 years. He was a four-sport high school star for Episcopal—football, basketball, baseball, and track and field—and is a member of the school’s hall of fame.