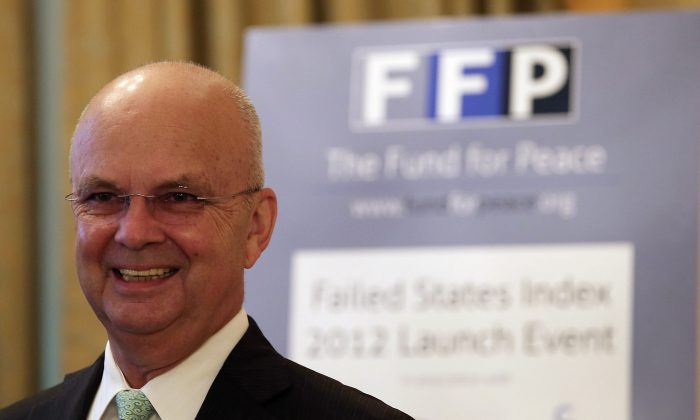 The former head of the Central Intelligence Agency and National Security Agency said recently that the Chinese electronics company Huawei poses a threat to the national security of the United States and Australia, because it engages in espionage for China.

In an exclusive interview with the Australian Financial Review, General Michael Hayden gave the most in-depth interview on the subject since his retirement in 2009, also addressing a variety of other national security issues.

“Two or three years ago Huawei was trying to establish a pretty significant footprint here in the United States,” Hayden said. “And they were trying to get people like me – as the former head of NSA and the CIA – to endorse their presence in the US.” He concluded that it was unacceptable for this company to create the backbone of domestic telecommunications in the US, and that “This is where I think the state has a role to play – to ensure we don’t make decisions that compromise the foundations of our national security.”

In 2011, Huawei was barred by the US Government from government networks, and in 2012 Australia refused to allow the company from supplying equipment to the country’s National Broadband Network.

Huawei Technologies Co. is China’s largest maker of telecommunications equipment, and was founded in 1987 by Ren Zhengfei, a former officer in the People’s Liberation Army. In 1982, he was appointed to the 12th National Congress of the Chinese Communist Party, a party congress held every five years ostensibly to formulate policies and doctrines.

Huawei, which currently serves 45 of the world’s 50 largest telecom operators, has in general denied the claims that it spies on behalf of Chinese intelligence agencies. Before attempting to penetrate Western markets it has typically engaged in aggressive lobbying campaigns, attempting to brand itself as a private company that is separate from the Chinese regime and that produces trustworthy, reasonably priced electronics.

Hayden, in the interview, saw things differently. “Given the overarching national security risks a foreign company helping build your national telecommunications networks creates, the burden of proof is not on us. It is on Huawei… In fact, I don’t think Huawei has ever really tried hard to meet this burden of proof test,” Hayden to the Australian Financial Review.

When asked what the differences were between the espionage practices of the U.S. and China, Hayden conceded that the U.S. steals other countries’ secrets, but for the purpose of keeping its citizens safe. The Chinese, however, steal secrets for their own personal benefit, and to “make their citizens rich.”

He also said that “as an intelligence professional, I stand back in awe at the breadth, depth, sophistication and persistence of the Chinese espionage campaign against the West.”

These comments will likely have a negative impact on the company, which has deployed products and services in over 140 countries and generates about 70 percent of its revenue outside China.