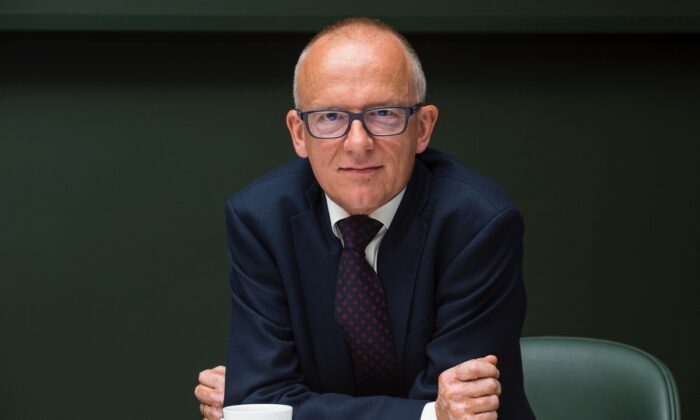 Sir Mark Rowley has been appointed by the Home Secretary, Priti Patel, as the new Commissioner of the Metropolitan Police, replacing Dame Cressida Dick who resigned in February.

Rowley is a former head of the Met’s Counter Terrorism Command but had left Scotland Yard in 2018 and had been consulting on specialist security projects and working on technology and data.

In a statement the Metropolitan Police said it had been a “highly competitive recruitment process” and Patel said: “Sir Mark Rowley is a distinguished and exceptionally experienced police officer, having served the people of the West Midlands and Surrey before guiding the capital through some of its most challenging moments in the wake of the 2017 terror attacks, as the Met’s then head of counter-terrorism.”

But he takes over a demoralised police force that was put into “special measures” by Her Majesty’s Inspectorate of Constabulary and Fire and Rescue Services last month.

‘Public Trust … Has Been Severely Undermined’

Patel alluded to that on Friday when she said: “He now takes on one of the most important and demanding jobs in policing, leading the country’s largest force at a time when public trust in the Metropolitan Police has been severely undermined by a number of significant failings. Rebuilding public trust and delivering on crime reduction must be his priority.”

Last month it was reported by The Guardian that the shortlist for the job had been whittled down to two—Rowley, and Nick Ephgrave, who had been an assistant commissioner under Dick.

The Met has been through a torrid time over the last two years with a series of scandals—the murder of Sarah Everard by a serving police officer; racist, misogynist, and homophobic messages exchanged by officers at Charing Cross police station; the strip-searching of “Child Q”; and the “seemingly incomprehensible” failures in the investigation into serial killer Stephen Port, which led to the decision on June 23 to reinvestigate police officers.

It may be that Rowley’s absence from the force during that time played to his advantage.

Patel said, “This will be a challenging period, but with a focus on tackling neighbourhood crime and delivering the basics of policing, Sir Mark is committed to tackling the significant challenges confronting the force and to making London’s streets safer by driving down crime and bringing more criminals to justice.”

Rowley said: “I feel deeply honoured to be appointed to be the next Metropolitan Police Commissioner. Our mission is to lead the renewal of policing by consent which has been so heavily dented in recent years as trust and confidence have fallen.”

The Mayor of London Sadiq Khan said, “Sir Mark has made clear to me that he is determined to be a reforming Commissioner, committed to implementing a robust plan to rebuild trust and confidence in the police and to drive through the urgent reforms and step change in culture and performance Londoners deserve.”