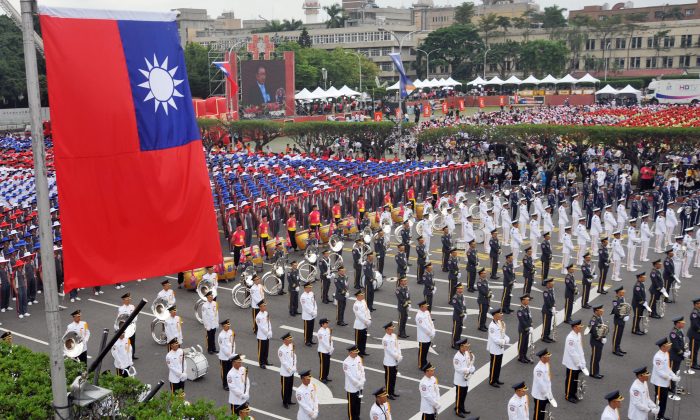 At least three separate Chinese intelligence organizations are collecting information on Taiwan’s military officers, according to a new book by a former Taiwanese military intelligence official that reveals how extensively the Chinese Communist Party (CCP) has conducted espionage.

Weng, who has done intelligence work for 35 years, also wrote that the CCP came to power in mainland China by infiltrating Taiwan’s key governmental and military positions. He hopes his book on the CCP’s spying activities can help the Taiwan government strengthen its defensive front.

During China’s civil war, the CCP defeated the Kuomintang, which led to the latter fleeing to the island of Taiwan. The island has since become a democracy, with its own constitution, military, and currency. However, Beijing considers it a renegade province that should be reunited with the mainland one day, with military force if necessary. Beijing has since sought military, diplomatic, and propaganda efforts to undermine Taiwan.

Weng revealed that at the end of 2015, the Chinese regime established a new military department called the “strategic support force,” in which an independent military branch stationed in the Sixth Division of Wuhan City in Hubei Province, central China, collects and analyzes technical intelligence from Taiwan, including satellite and high-altitude surveillance; telecommunications interception; and collecting intelligence from international phone calls, faxes, mobile phone communications, and internet data.

Part of the Sixth Division is hidden within Wuhan University under the name of a research center and communications laboratory, Weng says. The division has deployed at least three giant signal monitoring stations in Fujian Province, a southeastern province just across the strait from Taiwan—to monitor radio signals.

Meanwhile, an investigation bureau under the Central Military Commission’s (CMC) Political Work Department is the main unit responsible for collecting intelligence on Taiwan’s political sphere. The CMC is a powerful agency that oversees China’s military forces, with Party leader Xi Jinping as its chairman.

The Shanghai branch of this agency focuses on Taiwan’s national army, while the Liaison Department of The People’s Liberation Army (official name of Chinese military) General Political Department has created a database that contains personal information on all military officers’ above the colonel position in Taiwan, including their home address, academic background, and other data about their personal lives.

In addition to his background in intelligence, Weng has also served as the publisher and president of a monthly magazine studying the Chinese Communist Party, as well as chairman of Cheng Sheng Broadcasting Corp., a well-known private Taiwanese media company that was established in 1950.

Wu Yizhou contributed to this report.