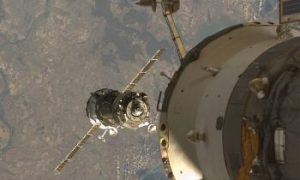 By Aron Lam and Barbara Gay
Print
The former Undersecretary-General for United Nations Office of Internal Oversight has published a book that launches massive criticism at U.N. Secretary-General Ban Ki-moon.

In the book, which follows a critical end of term report she wrote after stepping down from her five-year term in the Oversight Office (OIOS) last July, Inga-Britt Ahlenius accuses the secretary-general of not being the right man for the job.

“He is not the right person to lead this complex organization. I dare say he has neither the experience nor the background, and he is simply not interested. He is not of the caliber to lead such an organization,” Ahlenius said on Swedish Radio recently.

Ahlenius says that after the resignation of Kofi Annan, the U.N. has become less relevant in the world, and the organization is rotting from the inside due to corruption and weak leadership. She said that while the secretary-general not corrupt himself, he is not interested in fighting corruption, which is a huge problem for the future.

“I've never accused him of corruption, my report addresses the way he has carried out the mission given to him, and how he has functioned as a leader,” she said.

Her stated reason for writing the book is to give Ban a chance to remedy the situation before his possible re-election as U.N. chief.

Ahlenius also said that Ban did not address the issues she raised when Swedish Television questioned the secretary-general at a press conference; Ban replied that he has always worked hard to keep the organization transparent, she said.

According to Ahlenius, one of the reasons for the situation at the U.N. is that China and the United States, who both backed the choice of Ban as secretary-general, did not want a strong U.N. leader.

Several U.N. officials have come forward recently to concur with Ahlenius on Ban’s lack of leadership.

In her career, Ahlenius, 71, was also head of the Swedish National Audit Office from 1993 to 2003, and established a national audit office in Kosovo. She has a reputation for speaking candidly and was involved in an open controversy with the Swedish minister of Finance over what she perceived as government attempts to limit the audit office's ability to act independently.