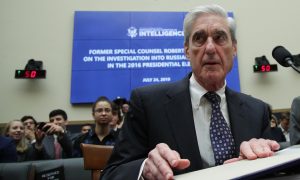 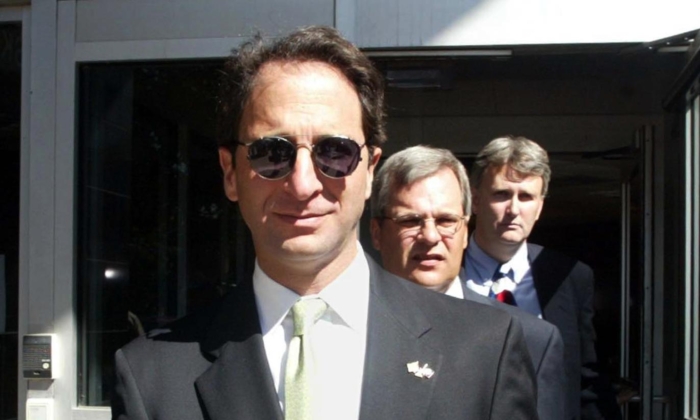 One of the top prosecutors in the special counsel’s Russia investigation sidestepped a question on Sept. 30 about whether he wiped his government-issued phone during the course of the probe.

In an interview aired on Sept. 30, former special counsel prosecutor Andrew Weissmann was asked by CBSN anchor Vladimir Duthiers if he was one of the at least 22 members of Robert Mueller’s team who wiped their phones.

Weissmann, who wiped his phone twice according to Justice Department records, didn’t answer the question and pivoted instead, claiming that all of the records were backed up on the staff members’ government-issued computers.

“One of the things I really wish the department would put out there was all the ways in which we had backup systems, and so everything that might be on a phone was backed up on our computers, so I don’t think we lost any data whatsoever,” he said.

“And in fact, one of the things that I detail in the book is far from not wanting to keep information, we were very concerned that if we were fired that our information would disappear,” he said. “So we did everything we could to make sure that our records existed and existed in numerous locations in the Department of Justice as well as in the court. So this is one where we had every reason to make sure everything existed for posterity.”

According to a log kept by a special counsel records officer, Weissmann wiped his government-issued iPhone 7 on March 8, 2018, by incorrectly entering his “password too many times.” Wiping an iPhone in this manner is all but accidental because, due to built-in delays after too many bad password attempts, it takes more than an hour to accomplish.

In addition to the at least 22 special counsel phones being wiped during the course of the Mueller investigation, 44 phones contained no records when they were examined by the records officer, according to internal documents released in September. Weissmann’s phone, when reviewed on March 28, 2019, contained no records.

As an example to show that records had been preserved, Weissmann pointed out that he had to review four years’ worth of calendars in response to a subpoena by Judicial Watch, a conservative watchdog.

“Nothing disappeared at all,” Weissmann said. “And so they’re quite aware they have all of this data, and the Department of Justice should know that as well, and I’m curious as to why they’re not coming forward with that information.”

Weissmann didn’t immediately respond to a request for comment.

In addition to the 44 phones that contained no records, five phones contained only one record each, and four others contained fewer than 10 records per device.

Documents also show that in addition to the 22 wiped phones, five more phones were improperly handed to the DOJ Office of the Chief Information Officer and wiped before the Special Counsel’s Office records officer could review them for records.

Of the 92 unique iPhones used by the Mueller team, only 12 appear to have contained a significant number of records, an Epoch Times review of available documents determined.