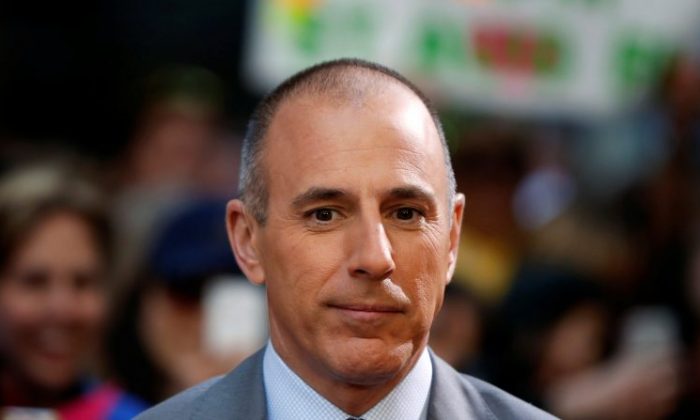 A former colleague of recently fired “Today” show host Matt Lauer revealed how the disgraced celebrity is doing after his dismissal.

“He is weak and broken and ashamed by his own admission,” one of Lauer’s former colleagues told People magazine this week.

Lauer was terminated from his longtime job after allegations of sexual misconduct surfaced.

“He is my friend,” the colleague added. “He is human, and he is flawed. But is he going to use his power to be a predator on women? Until I see solid evidence of that, I just can’t believe it. We don’t know the details.”

The unnamed colleague who spoke with People is apparently a woman, and they noted that many female staffers wouldn’t have put up with an atmosphere of rampant sexual harassment at the “Today” show, as some reports have suggested.

“All of us are career women, and not one of us would have put up with an environment that’s as distasteful as has been described,” the colleague told the magazine. “There was never anything I was offended by on any level. I wouldn’t have put up with it. Neither would any of us.”

The 59-year-old longtime host of the popular morning program was fired after NBC News received a complaint from a staffer. Several reports have indicated that it stemmed from an incident during coverage of the 2014 Sochi Olympics.

Lauer began his NBC career in 1992 as a newsreader on “Today.” Five years later, he became the show’s co-anchor, making as much as $20 million a year.

NBC's "Today" wins in the ratings for the first time in three months on the week of Matt Lauer's firing on sexual misconduct charges. https://t.co/Dav24K9ncQ

Lauer apologized after the allegations broke, and his statement was read aloud on “Today” last Thursday.

“There are no words to express my sorrow and regret for the pain I have caused others by words and actions,” he said. “To the people I have hurt, I am truly sorry. As I am writing this, I realize the depth of the damage and disappointment I have left behind at home and at NBC.”

Lauer claimed that some allegations against him were not true.

“Some of what is being said about me is untrue or mischaracterized, but there is enough truth in these stories to make me feel embarrassed and ashamed. I regret that my shame is now shared by the people I cherish dearly,” he added.

“Repairing the damage will take a lot of time and soul searching, and I’m committed to beginning that effort. It is now my full time job. The last two days have forced me to take a very hard look at my own troubling flaws. It’s been humbling. I am blessed to be surrounded by people I love. I thank them for their patience and grace.”