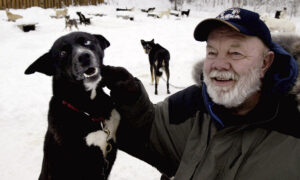 Former “Today” show host Matt Lauer, who was fired in November amid allegations of workplace misconduct, has spoken out for the first time.

“I have made no public comments on the many false stories from anonymous or biased sources that have been reported about me over these past several months,” Lauer said, reported the Washington Post.

Lauer explained why he stayed silent during the media storm before and after his firing.

“I remained silent in an attempt to protect my family from further embarrassment and to restore a small degree of the privacy they have lost. But defending my family now requires me to speak up,” his statement added.

But the 60-year-old stipulated that “I fully acknowledge that I acted inappropriately as a husband, father and principal at NBC. However I want to make it perfectly clear that any allegations or reports of coercive, aggressive or abusive actions on my part, at any time, are absolutely false.”

After he was fired, Lauer addressed the allegations, but he was not specific.

“There are no words to express my sorrow and regret for the pain I have caused others by words and actions,” he said. “To the people I have hurt, I am truly sorry. As I am writing this, I realize the depth of the damage and disappointment I have left behind at home and at NBC. Some of what is being said about me is untrue or mischaracterized, but there is enough truth in these stories to make me feel embarrassed and ashamed. I regret that my shame is not shared by the people I cherish dearly.”

“Repairing the damage will take a lot of time and soul searching, and I’m committed to beginning that effort. It is not my full time job. The last two days have forced me to take a very hard look at my own troubling flaws. It’s been humbling. I am blessed to be surrounded by people I love. I thank them for their patience and grace.”

A female staffer, she claims, told her that she was “sexually harassed physically” by Lauer.

The NBC staffer, who wasn’t named, said she went to Curry with a complaint, reported the Washington Post.

“A woman approached me and asked me tearfully if I could help her,” Curry told the Post. “She was afraid of losing her job … I believed her.”

“I told management they had a problem and they needed to keep an eye on him and how he deals with women,” she added.

Curry left the “Today” show in 2012, the same year that she reported Lauer, who was her co-host.

“This is one of the problems when we talk about corporations with an HR department being under leadership of someone who might or might not be accused,” she told the Post. “How are they going to complain about it if they are accusing someone who is overseeing the department that is supposed to protect them?”
Recommended Video: