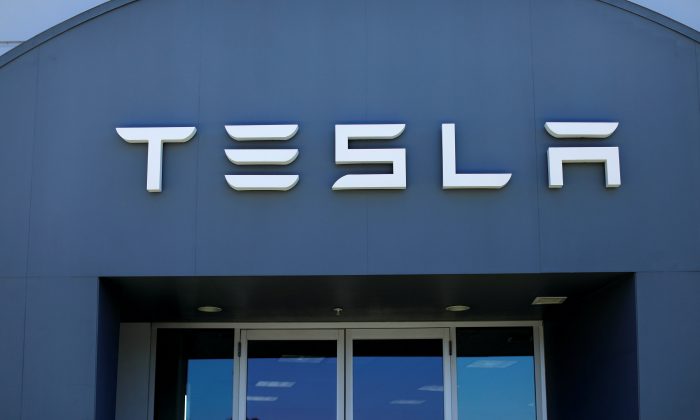 A former engineer at Tesla has admitted to taking the company’s proprietary files and uploading them to his personal drive, recent court documents show.

During his employment at Tesla’s headquarters in Palo Alto, California, Cao Guangzhi, a former engineer of Tesla’s Autopilot program, took company files and stored it on his personal iCloud account. He also compressed the Autopilot-related files into zip files for easier transport, according to court documents.

Two months after Cao left his job, Tesla filed a lawsuit at a U.S. federal court in northern California, claiming that Cao took with him over 300,000 “complete copies” of files and directories, including the firmware, Autopilot, and neutral net source code, according to court documents. Tesla said that disclosure of the source code would risk “giv[ing] competitors an unfair, and unearned, advantage” in autonomous driving.

Tesla also alleged that after Cao stored the files, he deleted over 120,000 files in December, in an apparent attempt to cover his tracks.

In a court filing (pdf) on July 8, Cao admitted that he did not inform Tesla while making the copies, but stated that the company never inquired about the materials or other confidential information.

“Despite the vague innuendo in Tesla’s complaint (and in its recitation of the ‘facts’ above) that its trade secrets are ‘at risk’ and that Tesla ‘must learn what Cao has done with Tesla’s IP’ … the truth of this case is that Cao has done precisely nothing with Tesla’s IP,” Cao’s defense lawyer said, according to a July 3 joint statement filed in court (pdf).

Cao also denied that the information he downloaded were trade secrets or that his conduct had posed any harm or brought potential loss to Tesla.

In his defense, Cao’s legal team claimed that he has “diligently and earnestly attempted to remove any and all Tesla intellectual property and source code from his own personal devices” before leaving his job and that “any source code or other confidential information remained on Cao’s devices subsequent to his departure … was only as a result of inadvertence.”

But Tesla dismissed the claims made by Cao’s legal team and said that he intentionally concealed his acts.

“Mr. Cao knew the value and confidentiality of Tesla’s source code, yet nonetheless copied it to his personal cloud storage account and accessed it across multiple personal devices, including after joining XMotors—all in violation of his confidentiality agreement with Tesla,” according to a separate July 3 statement filed in court.

Tesla said in the lawsuit that Cao was one of 40 staff members who had access to the source code, and that its self-driving technology was a “crown jewel of Tesla’s intellectual property portfolio.”

The court filing showed that Cao made a verbal agreement to work at XMotors around Nov. 26, 2018, days before he traveled to China. He secured a written offer shortly after he returned to the United States in December.

Cao disconnected his personal iCloud account from his Tesla-issued computer around Dec. 26, 2018 but continued logging into Tesla computer networks until Jan. 1, 2019, two days before his resignation, according to the lawsuit. The networks are only accessible to current Tesla employees with proper credentials.

In a court filing, Cao also admitted to clearing the browser history on his issued computer prior to his departure.

An audit of Cao’s electronic devices is underway to determine if any sensitive information might have been leaked to competitors.

The Tesla case came eight months after federal prosecutors charged an Xpeng engineer with stealing trade secrets from Apple. The former Apple employee, Zhang Xiaolang, allegedly attempted to take with him a confidential 25-page document containing a detailed blueprint of a circuit board for a self-driving car. Authorities arrested Zhang while he was on his way to board a flight to China that he booked “last minute,” according to a press release from the U.S. Department of Justice. Zhang had worked on Apple’s self-driving car project for three years before accepting a position at XMotors.

Tesla has served Apple with a subpoena to enlist its help with its lawsuit.

Although neither Apple nor Tesla has gone after XMotors, Tesla said that XMotors was one of the “Tesla-inspired startups,” referencing a 2017 report by U.S. news site Electrek that compared the Chinese automaker’s first vehicle, the G3, with Tesla’s Model S. The report said that the G3 model was a “Tesla Clone,” with a variety of visual similarities with the Tesla car, ranging from the interior design, user interface, headlights, and touchscreen.

At least one other Tesla employee has accepted a job offer at XMotors after Cao left. The employee’s text messages indicate that Cao had been in contact with him, trying to talk him into joining XMotors as a manager, according to Tesla’s allegations.

Tesla said that XMotors has recruited at least four other former employees from the Autopilot team.

In a March 22 statement regarding the Tesla lawsuit, XMotors said that it “fully respects any third-party’s intellectual property rights and confidential information” and has launched an internal investigation into the issue. The statement has since been deleted from the Chinese company’s website.

“XMotors has by no means caused or attempted to cause Mr. Cao to misappropriate trade secrets, confidential and proprietary information of Tesla, whether such allegations by Tesla being true or not,” the statement read.