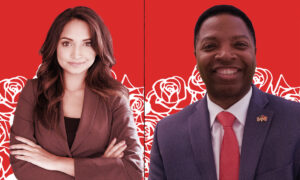 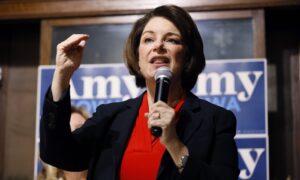 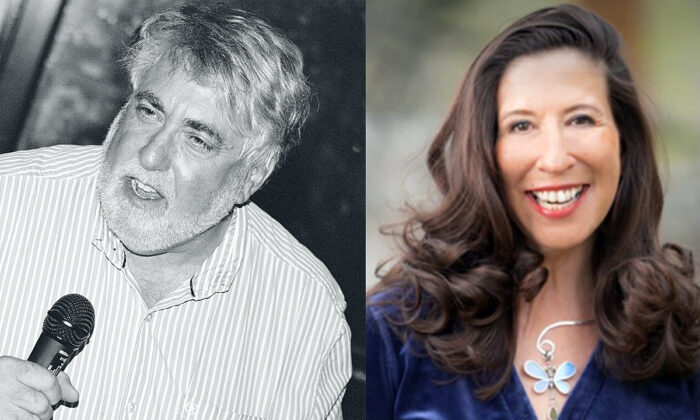 A Santa Fe lawyer running in New Mexico’s 3rd District, Leger Fernandez travelled out of district to Rudd’s Albuquerque home on Jan. 23 to mix with the local Democratic Party left. Back in the day, Rudd’s terrorist comrades plotted to murder U.S. servicemen. Should 3rd District voters be made aware of this association?

“Many of us here in Bernalillo County don’t watch what’s happening in the northern congressional district, CD 3. It’s an open seat due to Rep. Ben Ray Lujan’s running for the Senate. By far the best candidate of a crowded and confusing field is our dear friend Teresa Leger Fernandez. Marla [Rudd’s partner Marla Painter] and I have known and loved Teresa for years. …

“Teresa has never run for office before, but over the course of her distinguished career as an attorney and as a volunteer she has worked tirelessly on behalf of native tribes, hispanic communities, women, the environment, and all those who are not privileged.”

Rudd is well known and respected in the New Mexico socialist movement. His blessing will no doubt help to build Leger Fernandez’s progressive base and fill her coffers for the upcoming June Democratic primary.

Former CIA agent Valerie Plame has also entered the race, but Leger Fernandez seems to be the favorite of the Northern New Mexico and national left. She has already secured the endorsements of NARAL Pro-Choice America, EMILY’s List, Sierra Club, BOLD PAC, The Latino Victory Fund, and Alexandria Ocasio-Cortez’s Courage to Change PAC.

Ocasio-Cortez is a member of the Democratic Socialists of America (DSA) and tends to endorse DSA comrades or sympathizers. Rudd has been close to the DSA for years and has attended at least one training session with the Santa Fe branch.

Both Leger Fernandez and Rudd have risen from radical backgrounds to positions of responsibility and influence.

While studying at Yale in the 1980s, Leger Fernandez was a leader of Movimiento Estudiantil Chicano de Aztlan (MEChA), a communist-leaning Chicano activist group that agitated for the return of the U.S. Southwest to Mexico. MEChA’s symbol was an eagle holding a machete and a stick of dynamite.

For the last 25 years she has served as General Counsel to several Native American Tribes and their business enterprises. President Bill Clinton appointed Leger Fernandez as a White House Fellow, where she worked on public/private financing of affordable housing and other community development initiatives as a White House liaison at HUD. President Barack Obama then appointed her to the President’s Advisory Council for Historic Preservation.

Rudd was a student activist at Columbia University in the mid-1960s but was expelled in 1968 after anti-Vietnam War rioting that shut down the school. Rudd became a national leader of the radical Students for a Democratic Society (SDS) and later its terrorist offshoot the Weather Underground Organization.

According to a declassifed FBI report:

“The group was destined to the Instituto Cubano para Amistad entre lso Pueblos (ICAO-Cuban Institute for Friendship between Peoples). Although the ICAP operated as a cultural exchange organization on the surface, it was in fact the Cuban Government’s School for Ideological Indoctrination and their chief instrumentality for providing training to foreign radicals in revolutionary and guerrilla tactics. Rudd and others visited the ICAP on this trip. During their four-week visit, SDS members also talked with representatives of the NLF (the political arm of the Viet Cong) and with individuals from North Korea.”

According to 1975 U.S. Congress report on the Weather Underground, in an interview with Francisco Portela of Prensa Latina, the Cuban news agency in New York City, on June 11, 1968, Rudd stated:

“The struggle of the people of the Third World is very closely linked to the point of view of the Cuban people about that struggle. In fact, we consider that the Cuban criterion on the struggle in America is perhaps the correct way in which the revolution will take place. … As is known, we have taken from Che his slogan: Create two, three, many Vietnams. Thus we have as our slogan: Create two, three, many Columbias.”

Rudd, along with other prominent “Weathermen” Jeff Jones, Bill Ayers, and Bernardine Dohrn, went underground in March 1970 following the Greenwich Village townhouse explosion. Three Weather Underground comrades died when a bomb packed with dynamite and roofing nails detonated prematurely. The bomb had been intended to kill dozens of servicemen and their dates at a military dance at Fort Dix New Jersey.

According to Rudd, who was not personally involved in the plot, the failed bombing was designed to “bring the war home” from Vietnam.

After several years “underground,” Rudd surrendered to authorities in 1977 and served less than a year in jail. On his release he found a job as a mathematics instructor at Central New Mexico Community College. Rudd eventually retired in Albuquerque.

However, while giving up terrorism Rudd did not give up socialist politics.

In 2006, Rudd joined up with several old Weather Underground colleagues including Jones, Ayers, and Dohrn, plus Bill Fletcher, Jr. from the Freedom Road Socialist Organization, Manning Marable and Charlene Mitchell of the Communist Party spinoff Committees of Correspondence, and other radicals to form the Movement for a Democratic Society (MDS). This organization was a support group for a re-formed Students for a Democratic Society, which is active to this day on campuses across the United States.

There are no background security checks in Congress, or for any other elected official—including U.S. president. The media are generally loath to investigate leftist radicals or politicians in this country.

The only vetting she will ever get is by the voters of New Mexico’s 3rd District. Do they deserve to know about Leger Fernandez’s background and associations? Or should they be kept in the dark?