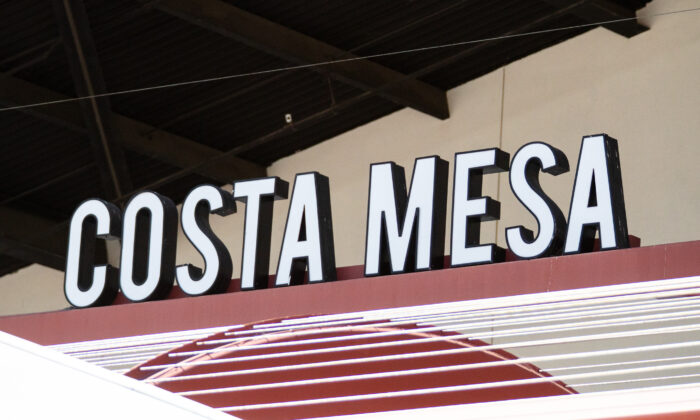 The County of Orange was in turmoil in 1994, after having filed bankruptcy that December. It was out $1.67 billion in investment losses—becoming the largest municipal bankruptcy in history.

John Moorlach, a CPA and financial planner was appointed county treasurer-tax collector following the bankruptcy and within 18 months he assisted the county’s exit of Chapter 9 bankruptcy. He now is running for mayor of Costa Mesa in the Nov. 8 election. His sole opponent is appointed incumbent John Stephens.

Before the bankruptcy, Moorlach said he tried to warn the county of a possible financial crisis and criticized the county’s treasurer at the time for leveraging money and betting on the direction of interest rates. He said he knew if rates went up, the practice would quickly fail.

No one listened, Moorlach said. Rates went up and the $1.6 billion of the county’s money vanished.

“A few weeks after the bankruptcy, I was returning phone calls to the dozens of reporters who were calling for comment,” Moorlach told The Epoch Times.

In one instance, he remembered a conversation with one reporter who weeks prior had little interest in hearing what Moorlach had to say.

To which he replied: “Not only did you miss it, you missed the Pulitzer Prize and I tried to help you.”

Costa Mesa’s current debt, he said, is central to why he’s in the race.

“What I’m finding personally is that from an early age, about 25, I’ve always been concerned about debt,” he said. “It’s probably been one of the key reasons why I decided to run.”

After 12 years as county treasurer, Moorlach served two terms as an Orange County supervisor and five years as a California State Senator representing District 37 which encompasses much of south Orange County.

He said he decided to run now in the mayoral race because of what he says is the city’s fiscal failings.

A 2021 financial report produced by the city showed Costa Mesa with an unrestricted net deficit of $243 million, due to budgeting issues and large liabilities the city owes.

According to Moorlach, this deficit ranks Costa Mesa last out of the 34 cities in the county.

“The residents and voters of Costa Mesa deserve a choice, are they happy with being in last place?” he said. “They need someone who has experience in the public sector and that can bring his private CPA experience to the table.”

Besides fiscal responsibility, other issues he seeks to address, if elected, are homelessness and personal property crimes.

In his own neighborhood, he said, there has been an issue with mail theft.

“We just recently had to replace our mailboxes because they were getting opened. On the whole street all the mailboxes would be opened,” he said. “If you didn’t pick up your mail that day, someone else came by and picked it up for you.”

When he was chairman of the Orange County Criminal Justice Coordinating Committee, Moorlach worked with the county’s District Attorney, sheriff, chief of probation, and health care agency director to implement Laura’s Law, which allows for court-ordered assisted outpatient treatment for those with serious mental illness.

The effort began, Moorlach said, in 2011 after a homeless schizophrenic individual died following a severe beating from four police officers. Some complained at the time saying if the law had been in place at the time, the individual could have been in treatment instead of homeless.

According to Moorlach, after four years of lobbying, he successfully helped Orange County become the first in the state to adopt the law.

Of the 58 counties in California, 30 have since followed suit and in 2020 Moorlach co-authored a California Assembly Bill making the law permanent in those counties.

As an Orange County Supervisor, he also served as chairman of the Commission to End Homelessness. During his time, he helped push through more bills, at the state level, to combat homelessness.

One such measure he put forth in 2018 was a $2 billion bond ballot initiative, which was approved by voters, to provide housing for mentally ill homeless individuals.

When he’s not working, Moorlach said he enjoys spending time with his grandkids, of which he has 7—and reading from his collection of 4,000 books.

He and his wife Trina have lived in Costa Mesa since 1984, and he said they have visited almost all of the over 1,000 historical landmarks in the state.

City campaign filings show he has raised over $25,000 since his first filing on Sept. 9 through his latest on Sept. 20.