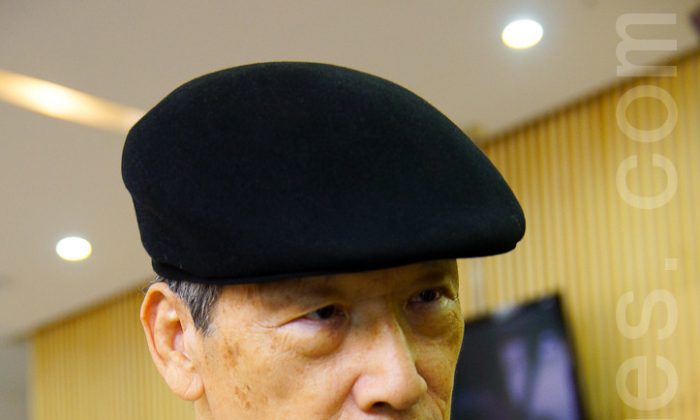 ANYANG, South Korea—After seeing Shen Yun Performing Arts New York Company’s 2012 premiere in Anyang on the afternoon of March 3, former Commissioner of the Korean National Human Rights Commission, Choe Yong Do said: “The design of the backdrops is so unique and exquisite that it is indeed wonderful. The synchronization of the performance on the stage and the backdrops was seamless and resulted in a marvelous effect. In particular, the scenes of the figures on the backdrops descending to the stage were very impressive.”

Seeing the performance of traditional Chinese arts, Mr. Choe said he gained a lot from it. He explained, “The overall performance was very gorgeous, the costumes were very colorful, the dances were very graceful and elegant, the backdrops were picturesque, the programs were arranged smoothly, the performers were vibrant and, in particular, the group dances were very dynamic, and graceful.”

“The show was very interesting, especially the dance depicting the mischievous little monks [Joyful Little Monks] and How the Monkey King Came to Be,” he added.

He was also enthralled by the masters of ceremonies. He said: “I didn’t know that Chinese is such a beautiful language, until today. The master of ceremony’s beautiful voice and articulation were very pleasing. I don’t understand Chinese, but listening to her voice is like listening to music. I was totally fascinated by her voice.”

As a lawyer, he specifically noted: “Through the introduction [by the masters of ceremony], I came to know that the persecution of Falun Gong has existed for over ten years. In China, people’s thoughts, religion and freedom are always suppressed. From the perspective of human rights, these things should not exist.”

According to the company’s website, Shen Yun presents colorful and exhilarating performances of classical Chinese dance and music.

In a collection of short pieces, audiences travel from the Himalayas to tropical lake-filled regions; from the legends of the culture’s creation over 5,000 years ago through to the story of Falun Dafa (also known as Falun Gong) in China today; from the highest heavens down to the dusty plateaus of the Middle Kingdom.